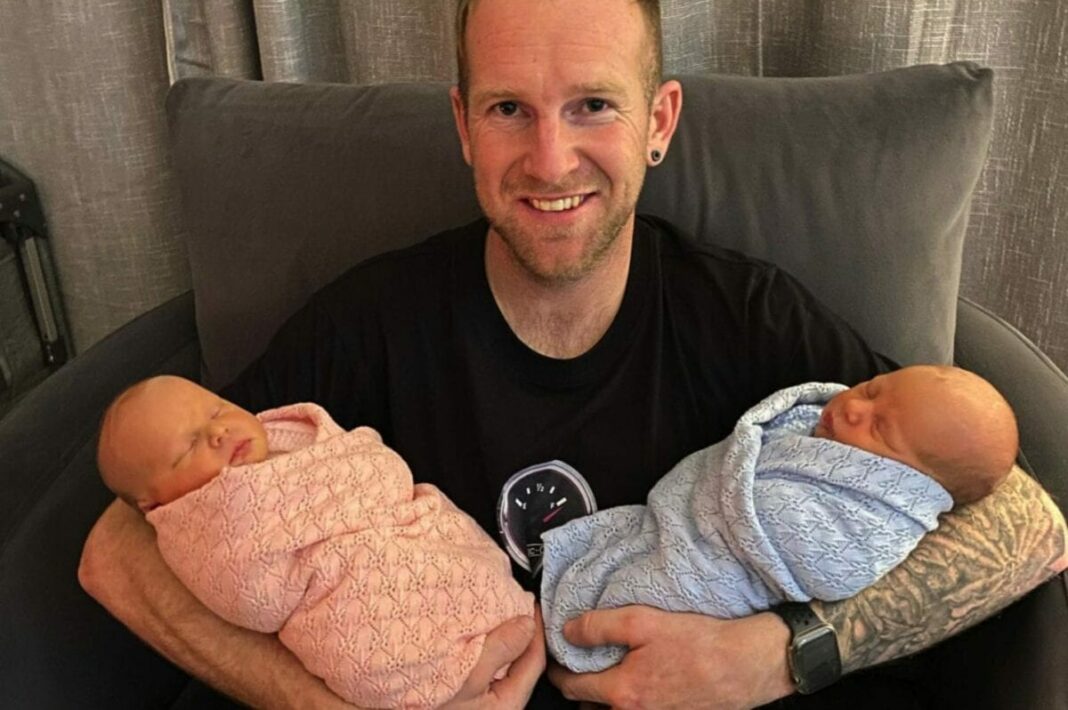 Congratulations to Martin Barr and his partner Rachael on the birth this week of twins Martin Jnr and Lydia.
“We only got them home last night – they were in hospital for a couple of days – but I’ve done about five or six nappies so far,” says Martin. “I’m getting stuck in. It’s mega – it’s hard to describe the feeling.”
While all’s well on the domestic front, the 33-year-old from Northern Ireland – who ran his own team this year and finished second in the Pro MX1 class of the MX Nationals – is still chasing a deal for 2021.
“I’ve still nothing in place at the minute. It’s hit me hard not getting any back-up from KTM UK at all so I’ve gone from running my own team this year to now not knowing what’s going to happen. I’m working on it at the minute but as everyone’s finding out it’s proving to be very difficult.
“It’s obviously very frustrating having had a decent year, finishing second in the MX Nationals Pro MX1 class. Everyone’s saying that it’s been the toughest MX1 class in the UK in the last eight to 10 years – it’s fantastic for British motocross to have all the big names here – and to get two podiums out of the four rounds and finish second is very satisfying, especially when it’s your own team.”
Martin signed off in style with the overall win at the final round of the MX Nationals at FatCat at the start of the month.
“Winning the last round was absolutely fantastic and made all the hard work worthwhile. There’s life in the old dog yet! Age is just a number and it’s how you feel within yourself – mentally and physically – and at the minute I feel really good.
“It was my first year back on a 450 in quite a few years and to run up at the sharp end with those big names has been very satisfying. At the same time it’s really disappointing that I can’t get a team but I’m not one to quit and hopefully I’ll be back on the startline for 2021.”