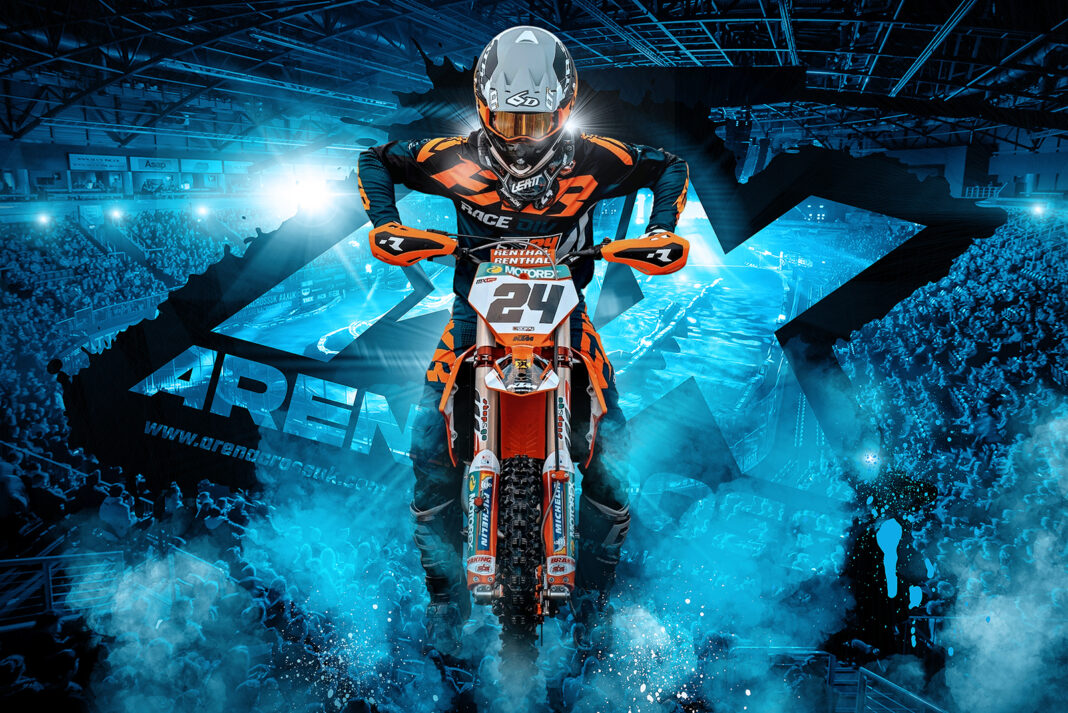 The popular Scot, who successfully contested both MX1 and MX2 on the world stage, will campaign the super-fast, super-challenging series with the Gabriel KTM Motocross team.

“It’s going to be a real buzz to race at Aberdeen. I’m excited to get stuck in and believe I can certainly get on the podium and even win some rounds; I wouldn’t do it otherwise. The chance to be crowned British Arenacross Champion is very appealing, and a British-only championship sold it to me,? said Simpson.

I did a lot of Arenacross and Supercross when I was younger, around 13 to 17 and in 2015, when I was the British MX Champion and finished fourth in MXGP, I was invited to race Supercross at Paris. It was something I’d always wanted to do and tick it off the bucket list. I started off steady, but was then running fifth or sixth against some of the top American names, that was both surprising and encouraging at the same time.

“I believe that it’s a great platform for youth riders as it’s something they’ll never experience in traditional schoolboy racing. I don’t know how I would have felt riding in this discipline at that age, however, for the youngsters who are fully motivated, it’s a whole new level of riding and learning.

“It will help them fight pressure, fears of a big crowd and develop race intensity, which is all important stuff. They can learn how to be aggressive, or not, on track and they can take those skills with them when they transfer to outdoors.”