The final round of The 2020 Arenacross Tour on Saturday, February 22 is just days away and with double points in the Pro class Superfinal, the championship is guaranteed to go down to the wire between one of six riders!
There have been some epic action across the fours rounds in Belfast and Birmingham and with double points available in the Superfinal for the Pro AX stars, it’ll go right to the chequered flag!
Current Pro 450 leader Charles LeFrancois (SR75 Suzuki) and Pro Lites leader Brian Hsu (Fro Systems) will have to battle to the end against a line up including every winner of the Arenacross series since its inception eight years ago.
New riders consist of Canadian AX Champion Collin Jurin, who rode in the Arenacross Tour in 2016. Jurin will be racing for Team Green Kawasaki in the Pro 450 class for the final round.
Joining Thomas Ramette (Offset CBD) will be fellow Frenchman Kevin Ballenger who has previously won rounds at the Herning Supercross ahead of Soubeyras and LeFrancois so he will be one to watch in the Pro 450 class.
The final new rider to complete the line-up is multiple Icelandic MX Champion Eythor Reynisson in the Pro Lites.
Alongside the racing, the final event in London will feature insane performances from the Fix Auto UK Freestyle Motocross riders including the ‘godfather of FMX’ Edgar Torronteras and Czech giant Petr Pilat.
For the final time in 2020, riders from eight countries will go head to head and the UK capital will get to celebrate the 2020 AX Tour champions – check out the Pro rider line-up below… 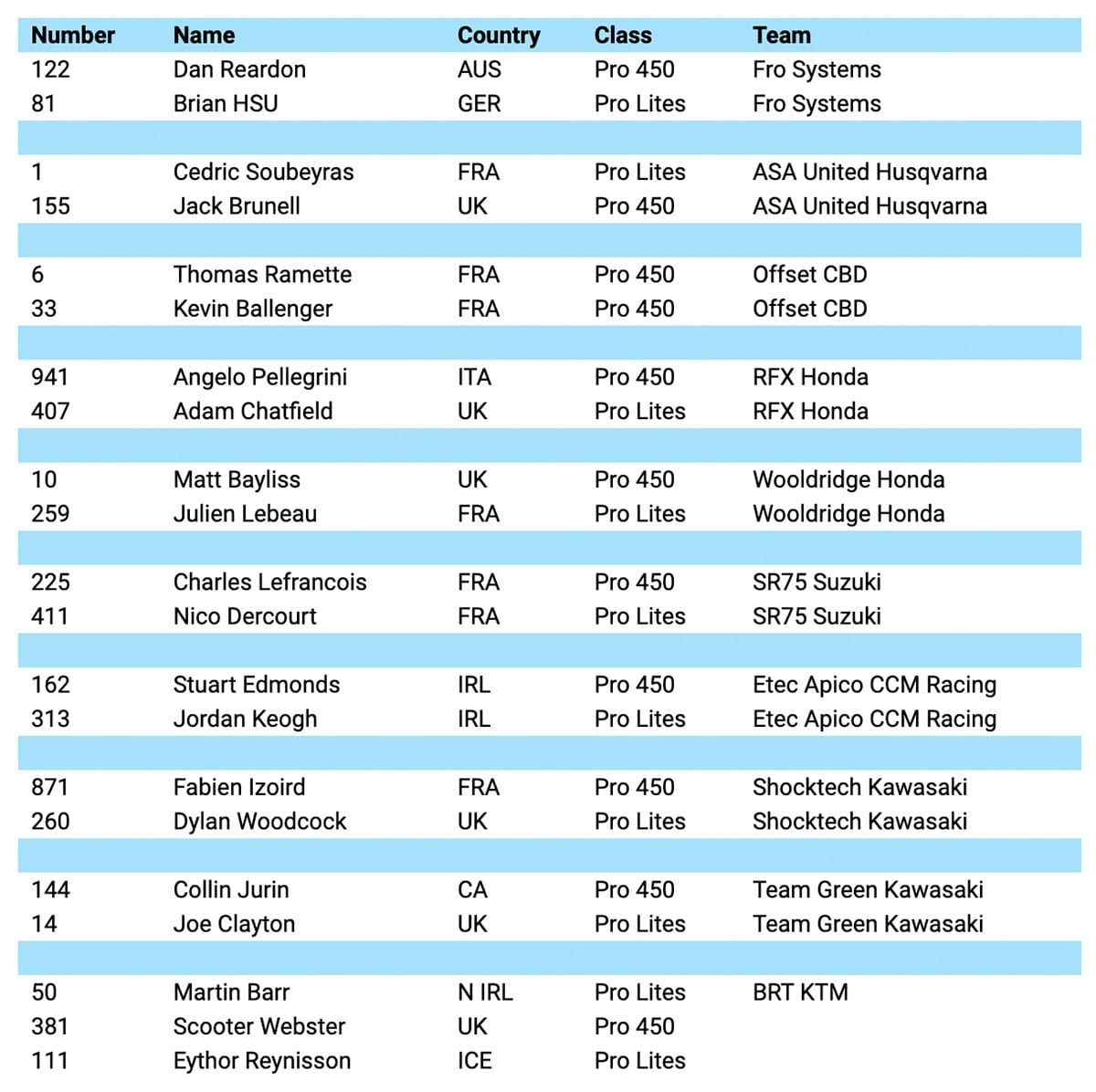 Gradie Featherstone, one of the AX Pro riders at the centre of the ban storm opens up in a heartfelt statement