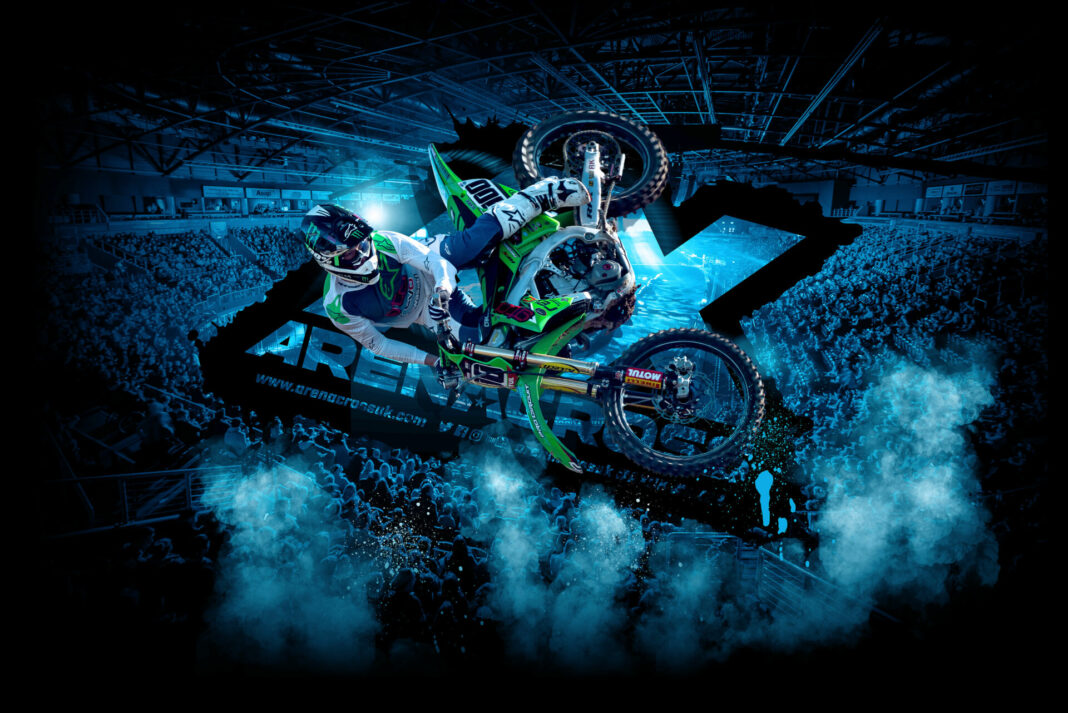 Reigning British Motocross Champion Tommy Searle has thrown his hit in the ring and signed up to contest the full six-round action-packed 2023 Arenacross series.

The former World number two and back-to-back British Champion led the outdoor series from the opening round to secure the title and is now set to adapt his skills for the short and sharp combative style of Arenacross racing.

“The feeling of being in a city, lining up in front of thousands of fans is the best – something that every young rider should be doing as there’s no better training than racing. It develops their skill set, their race craft,” said Searle.

“I can even remember my first ever indoor race in Exeter, the start line, packed crowd, first corner, whoops, air horns, nerves, watching the top boys racing … it’s just a mega feeling that I will never forget.

Searle returns to Kawasaki for next year. This means that motocross enthusiasts attending any one of the six rounds of Arenacross at leading arenas in Belfast, Aberdeen, Birmingham and London, will be the very first in the UK to see the 33-year-old ace in competitive action on the Team Green with GTCI Revo Kawasaki race bike.