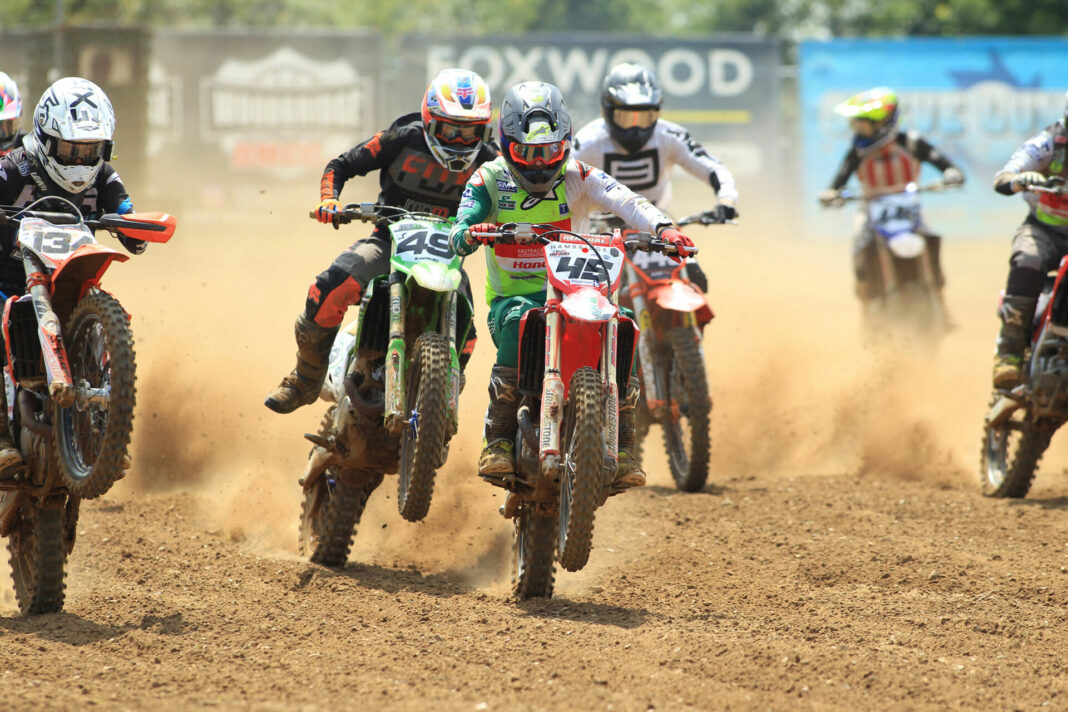 Sunday 24th April will see the Woodbridge DMCC hosting their first motocross meeting of the 2022 season, featuring the second round of the NGR Championship as well as a line-up of 160 Expert and Junior riders competing in a bumper 15 race programme which has been kindly sponsored by GH Motorcycle and GB Finch.

The Woodbridge and DMCC have been busy preparing for an exciting and action-packed year ahead at their Blaxhall venue in 2022. Over the winter months the club have reversed the track layout ready for the new season and this will be the first time the track has run in this direction since 2010.

The meeting will feature the second round of the NGR Over 30’s Championship which sees Tim Clark arrive at Blaxhall leading the championship ahead of Robert Baldry and Lee Powell as he will be looking to extend his Championship lead. This year will be the 34th year of this popular series which was started by the late and much missed Nigel Read.

Other Experts include local regulars such as Luke Parker, Ben Cole and Declan Whittle. With over 130 Junior riders competing alongside the Experts, there is sure to be plenty of action in all of the 15 races during the day so be sure to purchase your tickets Online now for the event on the Club website, Facebook page or at https://www.eventbrite.co.uk/e/expert-junior-and-ngr- motocross-event-tickets-252318570637.

All the action starts at 9:15 am with the first block of racing start straight after Practice. Admission
prices are £10 for Adults and £5 for Unaccompanied Children with the Blaxhall Circuit being located
using the postcode IP17 1LG.