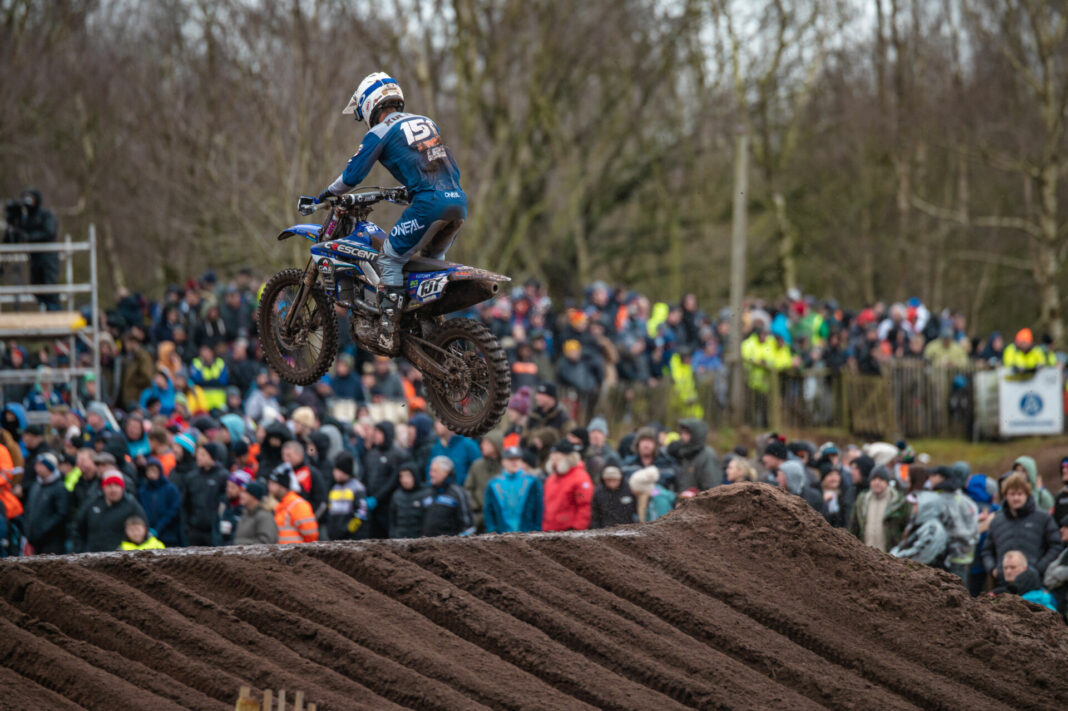 Harri had a good start in race one, slotting into third place early on. Factory Kawasaki rider, Ben Watson, moved past after a few laps, before Harri passed him back to finish in third place, only a few seconds behind Yamaha factory rider, Glenn Coldenhoff.

In race two  Harri was tenth early on, then moved up to sixth and looking on for an overall podium, before a fall dropped him to ninth. He finished an eventual eighth for sixth overall in a class with eight full time GP riders.

Harri finished sixth in the combined class Super Final following a great a good battle with Coldenhoff early on.

“Didn’t expect such a good day at Hawkstone. Been on the bike two weeks in Spain and tracks have been quite easy and flat. Hawkstone was pretty demanding track after the rain, with mud and long ruts.”

“I had great first start, I was fourth and moved quickly to third. Stayed all race on third and finished there.”

“Second race didn’t get best start, i was around 10th position after few corners. I moved already to 6th but then had a small fall in a corner and dropped to ninth. I managed to finish eighth in second race.

“Super Final start was the best, I was third in first corner and moved to second quickly. I manage to fight couple laps in top three positions but then those guys were faster and went their own pace.”

“I am quite happy for the day. Had good starts against factory boys and results were good. As GP guys have to be ready for next weekend then the gap was big in lap times but I believe I still can work on the speed in the next few weeks.”