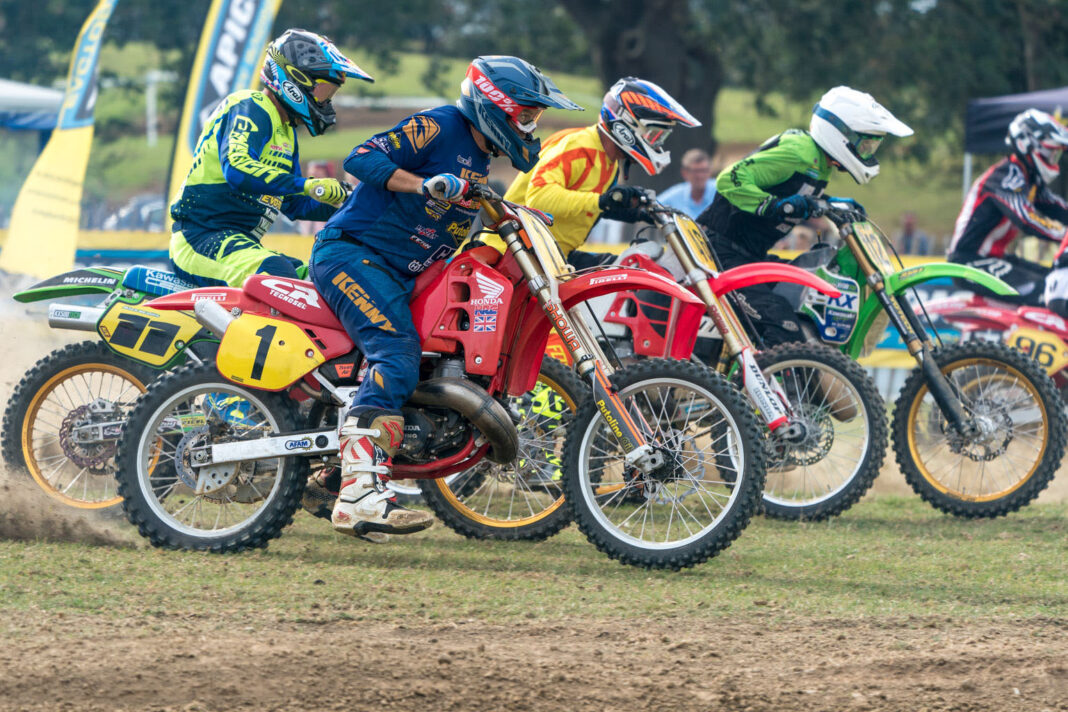 Red Bull is back with a bang in UK motocross racing this year with the all-new Red Bull Pro-Stroke National, part of the unique Apico Two-Stroke Festival.

The Apico Two-Stroke Festival was born in 2017 as a fun celebration of racing like it used to be, aimed at grass-roots, two-stroke riders and fans in a weekend of fun for all the family. UK mega distributor Apico was on board right from the moment it was announced.

Driven on by the massive success of the events, Red Bull got involved and supported the Apico Two-Stroke Festival from 2018. Now the energy drink giant wants to go even bigger – giving full backing to a major UK MX race event for the first time in a decade.

The two-day 2021 event, at the popular old-school Sellindge track in Kent on September 4-5, will once again feature lots of racing for two-stroke riders of all ages, abilities and bikes – including full ACU British two-stroke championship titles up for grabs in the 125, Open and Evo/ Super Evo classes. This is the very essence of the racing at the Apico 2-Stroke Festival, with top riders alongside clubmen, amateurs and youths for two days of action.

But within the weekend there will also be classes for Pro/ Expert plus Clubmen MX1 and MX2 riders – on their choice of two-stroke or four-stroke bikes – as they bid to become the first Red Bull Pro Stroke National champions.

Red Bull backs a huge range of motorsports around the world and is keen to support ground-breaking events like the Apico Two-Stroke Festival as it acts as a clear pathway for talent to shine. It gives riders the chance to prove their talent to Red Bull and maybe take the next step to becoming a pro rider.

Just like Apico, Red Bull values working with the grass roots of the sport and believe the festival is the ideal place to do it. After supporting the festival as well as backing two Ride Out with Red Bull fun days in 2021, the brand loves the fun atmosphere of these events and wants the focus to be for everyone to enjoy themselves both on and off track. As well as a DJ pumping out music from the Red Bull DJ station, there will be more activities announced nearer the date of the event as well as some great news about prize money.

Festival organiser Dave Willet said: “This merger is absolutely brilliant for motorsport in the UK and I’m so happy to actually be able to finally announce what we’ve been planning for so long now.

“The fact Red Bull is back for the foreseeable future is awesome. And the Red Bull Pro Stroke National proves the brand is prepared to get behind the off-road scene, supporting grass roots sport while paving a path for up-and-coming professionals.

“Over the past year the world has changed and we want the fun of the Festival to be available for everybody – whatever they ride. Off-road is one big family so we feel it’s only fair that everyone – whatever bike they ride – can share in the fun of this great event with two-strokes and four-strokes sharing the same weekend.

“And it’s testament to the people in charge at Apico, Dylan Brown and his wife Anna, that they have not only been fully behind the Festival since its inception but now have embraced the event merger with Red Bull as a hugely positive leap forward for the sport in the UK. I can’t thank them enough.”

The classes at the Apico 2-Stroke Festival/ Red Bull Pro Stroke National are: