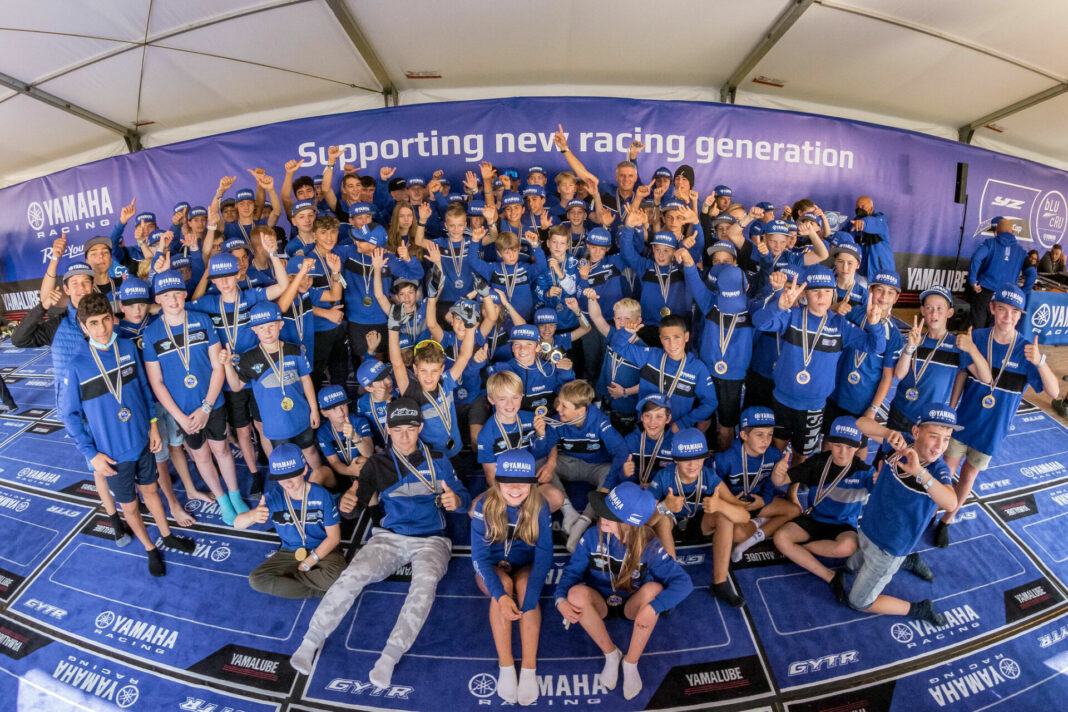 2021 YZ bLU cRU FIM Europe Cup Superfinale is off to an exciting start at the FIM Motocross of Nations in Mantova, Italy, with podiums awarded in the YZ65 and YZ85’s as the YZ125 class riders qualify for their Superfinale showdown tomorrow.

Designed to prepare youngsters for elite-level competition and talent growth, the Superfinale offers YZ riders their first life experience inside the paddock they ultimately aim to race in. Having qualified for the YZ bLU cRU FIM Europe Cup Superfinale through the results of their national series, all the young YZ racing stars were eager to get out on track and put their skills to the test this morning.

In the YZ65 class, Edoardo Riganti was the rider to beat. After qualifying more than 2.5 seconds faster than any other rider, the young Italian was unstoppable as he took a massive holeshot and fearlessly attacked the Mantova circuit on his way to a convincing race victory. The little rocket ship was followed by the second-fastest qualifier, Bulgarian Dani Tsankov, who remained unchallenged in second position from start to finish.

Proving he also has what it takes, Riganti’s younger brother Pietro made it a fairy-tale experience for the Riganti family and all the Italian fans by defending third position from a hard-charging Dane, Storm Maymann. A further eight seconds adrift, a little French rider named Tylan Lagain put in an awe-inspiring ride to round out the top-five.

In the YZ85 category, poleman Noe Zumstein took the holeshot ahead of the 2019 YZ65 FIM Europe Cup Superfinale winner Jekabs Kubulins. As a YZ65 bLU cRU Cup graduate, Kubulins went on to show just how successful the bLU cRU program is. The young Latvian pressured the early race leader, Zumstein, and patiently waited for the prime time to pass. On lap five, he made a perfect pass for the lead and inched away from the chasers to win by five seconds.

After dropping back to second position, Zumstein’s race was not over. The Swiss rider came under pressure from speedy talents Frederik Rahn Stampe and Davide Zanone. A three-way battle ensued and the race for second position went right down to the wire.

At the checkered flag, Danish star on the rise Rahn Stampe edged Zumstein back to third in the final throws, while home-soil hero Zanone had to settle for fourth after a thrilling last-lap challenge for the podium. Making up the top five was a smooth and consistent Belgian, Emile De Baere.

With less than two seconds separating the top-five lap times in the YZ125 class, the main event that will take place at 09:20 (CET) tomorrow is expected to be a thriller. Going to the gate first as the fastest qualifier, Spanish sensation Victor Puig qualified 300ths of a second faster than Frenchman Adrien Petit. 1.5 seconds off the pace, Norwegian Elias Auclair rounded out the top three and was closely followed by Swede Hugo Forsgren and fellow countryman Adrian Bolviken.

In each of the YZ bLU cRU YZ FIM Europe Cup categories, the top-three finishers and two wild cards will receive an invite to the bLU cRU Masterclass that will take place in November in Spain. The Masterclass is an event specifically designed to give young riders, from road and off-road backgrounds, a taste of what the racing world can throw at them as well as being a place to receive expert tuition and advice from Yamaha Racing’s bLU cRU ambassadors. At the end of the event, which takes place over three days, one YZ125 rider will win a place on a Yamaha backed EMX125 team where they will receive support to contest the EMX125 Championship in 2022, while the YZ65 and YZ85 riders will win added support from Yamaha Motor Europe for the next season.