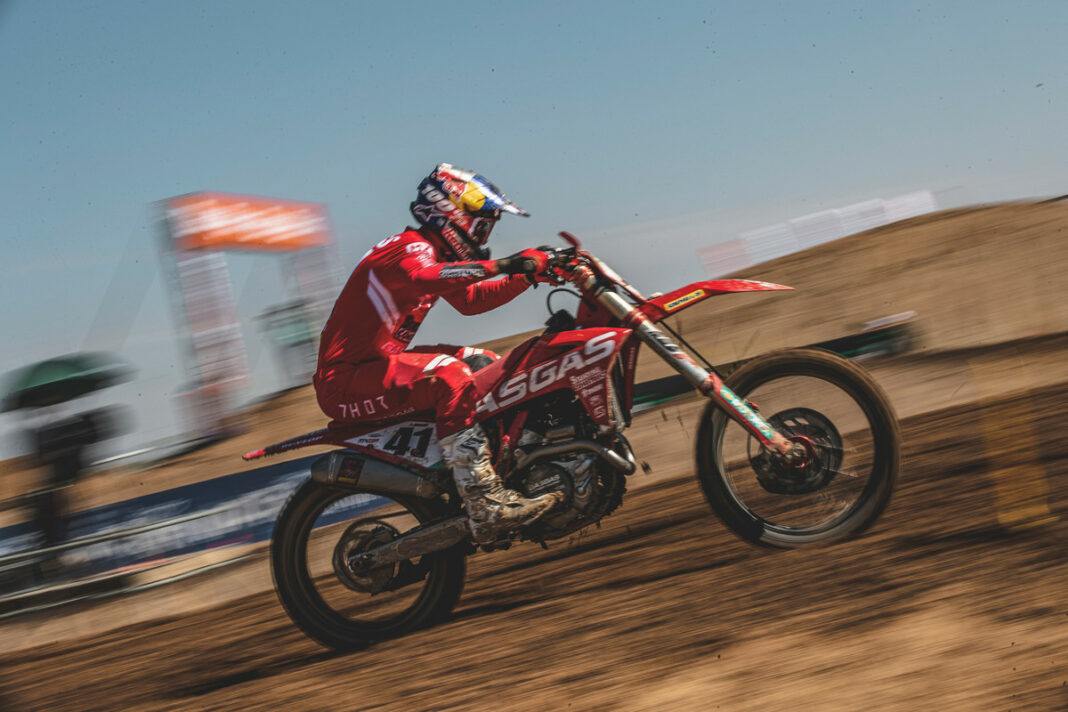 Standing Construct GasGas rider Pauls Jonass had a huge moment during sunday’s second MXGP moto, crashing and landing on the asphalt in Afyon.

With Jonas being well and truly on the pace in moto one, grabbing a solid third place finish in the first MXGP moto, but in the second moto he somehow managed to walk away from a crazy crash at the end of the start straight where he was battling with Red Bull KTM’s Antonio Cairoli, which saw him DNF to finish the day off, and luckily he remained unscathed.

“It was a frustrating end to the day after such a good first moto,’ said Jonass.

“During the break in the calendar I improved my fitness even more as well as my speed on the bike and I really felt like that showed in race one. Fortunately, I’m ok after my big crash in race two. It was a wild one and I landed on asphalt, which is never good.”

“Luckily, I just have some really bad bruising, so I’ll be back for more on Wednesday. I’ve no doubts about what I can do and I’m excited to be racing again in a few days.”

You can check out the scary crash below: