Frenchman wraps up 2020 MX2 crown with three races to go

Tom Vialle (Red Bull KTM) raced to the FIM Motocross World Championship MX2 title with three races still to go with a faultless performance in today’s opening moto at the MXGP of Pietramurata.
Everyone knows that holeshots win races – and race wins mean titles – and the 20-year-old Frenchman ripped to his 20th of the season before sewing up the crown with his 13th moto victory of 2020.
Despite being forced to choose an outside gate after problems in timed practice, Vialle reacted quickest to the drop before cutting hard left across the entire pack. He then bumped Jago Geerts (Monster Energy Yamaha) – the only other rider in with a shout of the crown – out of his way in turn two and simply cruised clear to win by six seconds after backing it down on the final lap.
“That race was so hard,” said Vialle. “It was so difficult and I was thinking of the title on the last lap. I’m so happy and thank you to everyone.”
Aussie Jed Beaton (Rockstar Energy Husqvarna) put together a string of passes on the opening lap that pulled him through to second where he spent a lonely 30 minutes, never threatening Vialle but never looking likely to be caught by third-placed Maxime Renaux (Yamaha SM Action) either.
Britain’s Ben Watson (Monster Energy Yamaha) moved steadily up to sixth and then took fifth when Bailey Malkiewicz (Honda 114 Motorsports) tipped over in a slow right-hand turn before chasing down new EMX250 champ Thibault Benistant (Yamaha) for fourth at the flag.
Conrad Mewse (Hitachi KTM fuelled by Milwaukee) had been running in eighth but went out with two laps to go. His team-mate Bas Vaessen was 16th, one place ahead of Josh Gilbert (PAR Homes RFX Husqvarna). 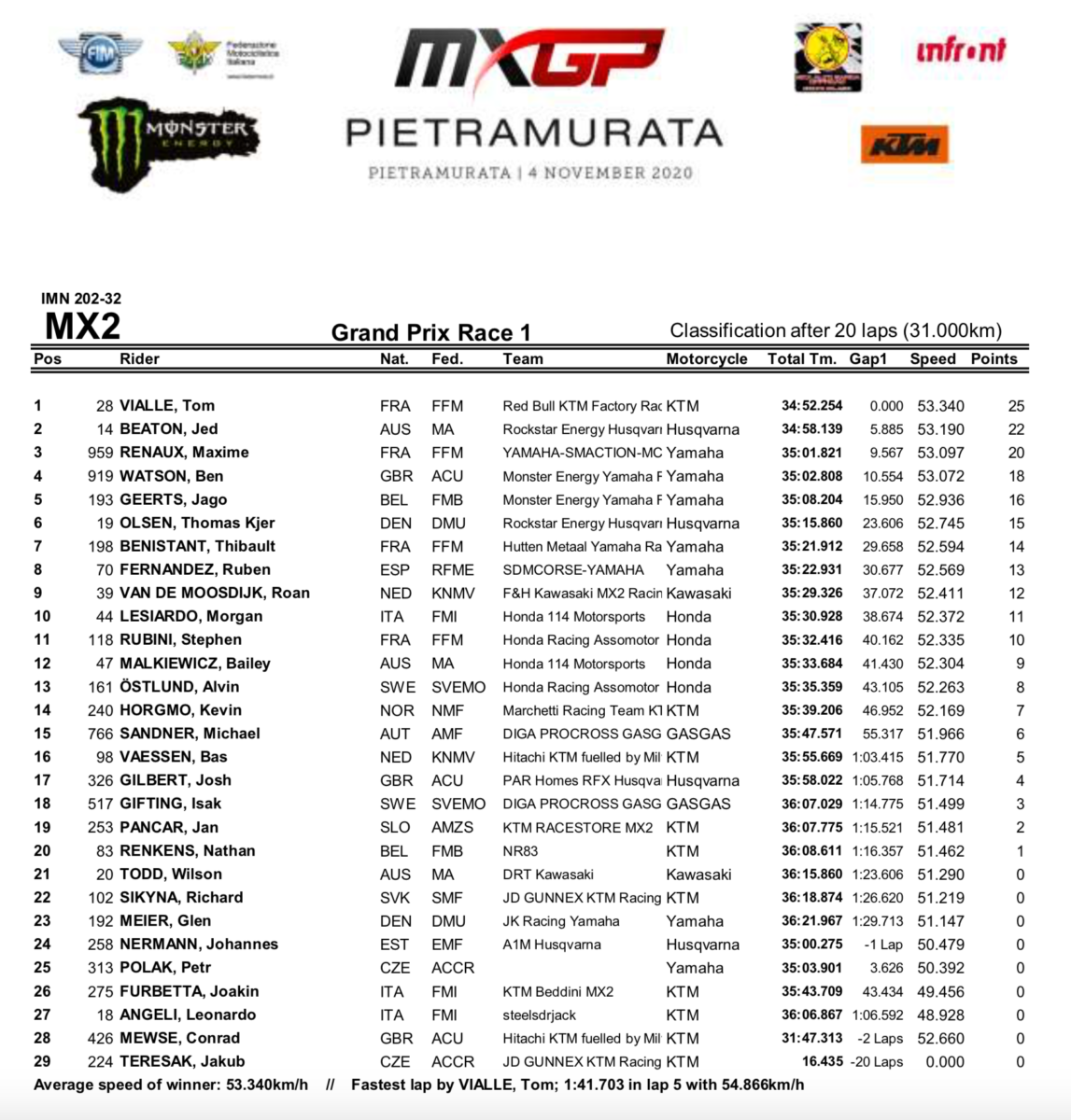