Despite hurting his knee when he crashed in timed practice, new MX2 world champion Tom Vialle (Red Bull KTM) raced to a comfortable win in the opening moto of today’s MXGP of Garda Trentino – the 18th and final round of the 2020 FIM Motocross World Championship.
The Frenchman grabbed the holeshot – his 21st of the season – and checked out, at one point leading by around 13 seconds before he backed it off in the final few laps to cruise home over six seconds clear of his compatriot Maxime Renaux (Yamaha SM Action).
“I crashed in practice and hurt a little bit my knee,” said Vialle. “For the first few laps it was a little bit burning but when it got hot it was better. Towards the end I tried to ride a little bit more slow to consider my knee for the second moto.”
Britain’s Ben Watson (Monster Energy Yamaha) started fourth and moved ahead of his team-mate Jago Geerts into third on lap 14 of 19 with Stephen Rubini (Honda) finishing fifth.
Conrad Mewse (Hitachi KTM fuelled by Milwaukee) came home eighth but his team-mate Bas Vaessen went out of 13th with three laps to go. Josh Gilbert (PAR Homes RFX Husqvarna) picked up the last point on offer in 20th.
With the top two positions in the championship already settled, the focus is on the fight for third. Renaux is sitting pretty with a 21-point lead over Jed Beaton (Rockstar Energy Husqvarna) who was seventh in the first moto. Watson’s finish has moved him up to fifth in the standings, 16 behind Beaton and one ahead of Thomas Kjer Olsen (Rockstar Energy Husqvarna) who crashed twice this morning on his way to 13th. 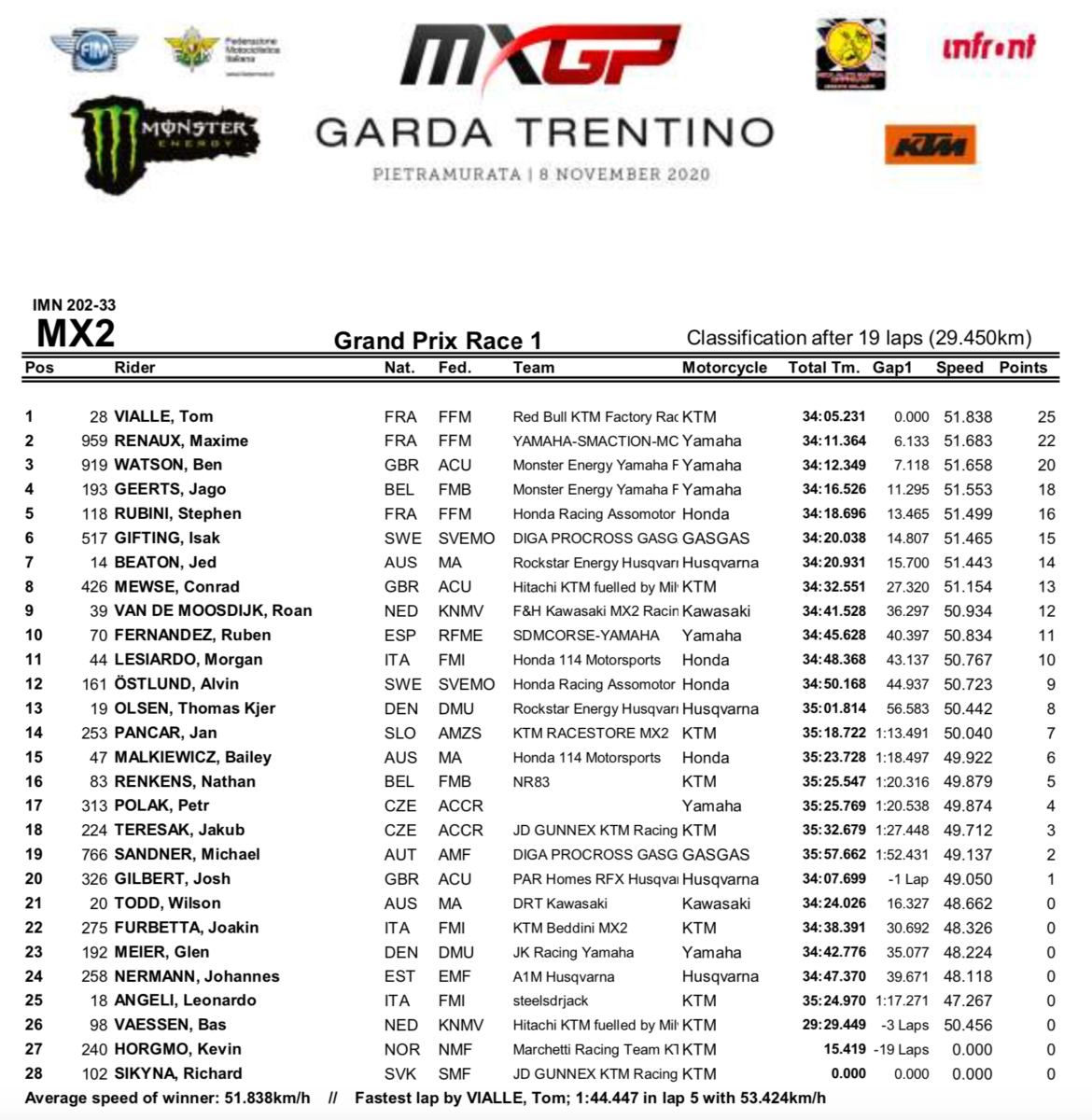