Main titles decided but bragging rights still up for grabs

Okay, so the two biggest prizes in global motocross – the MXGP and MX2 titles – have been decided but bragging rights are still up for grabs along with the EMXOpen crown at this weekend’s MXGP of Garda Trentino, the final round of the 2020 FIM Motocross World Championship.
No-one wants to go into the off-season on the back of a bad result and newly-crowned MXGP and MX2 champs Tim Gajser (Team HRC) and Tom Vialle (Red Bull KTM) will be fully focussed on underlining their dominance.
Stefan Everts famously once said that you win titles on your bad days – not your good ones – and Gajser perfectly proves the Belgian legend’s point. A total of 14 moto wins from 34 races is a decent enough tally but the 24-year-old Slovenian didn’t win the first of his four overalls until the MXGP of Europe at Mantova at the start of October.
Not many riders in a championship-winning year have had to wait until round 11 to get on top of the box but Gajser has been incredibly consistent, only finishing off the podium four times in 17 rounds. That’s a lot of points – and we all know that points mean prizes.
The big battle in the MXGP class this weekend will be for second place behind Gajser with Tony Cairoli (Red Bull KTM) currently holding a super-slim four-point advantage over Jeremy Seewer (Monster Energy Yamaha). Both riders have won this season and honours are even between them on the Trentino track but the Swiss rider out-scored the veteran Italian by 14 points last time out.
Jorge Prado (Red Bull KTM) is recovering from COVID-19 complications and isn’t expected to be in action on Sunday which means former champ Romain Febvre (Monster Energy Kawasaki) is assured of fourth place in the championship.
Gautier Paulin (Monster Energy Yamaha) and Clement Desalle (Monster Energy Kawasaki) both retire from world championship racing this weekend and the pair will be keen to sign off in style by moving ahead of Prado in the standings. I’m going to stick my neck out and say Paulin will but Desalle needs to pull back 38 points on the Spaniard.
British interest in the class rests with Adam Sterry (Hitachi KTM fuelled by Milwaukee), REVO-supported Dylan Walsh (JM Honda Racing) and Evgeny Bobryshev (PAR Homes RFX Husqvarna).
Sterry in particular has a point to prove after finishing a season-best 11th overall at the MXGP of Pietramurata and the Welshman will be aiming to break into the top-10.
The first two positions in MX2 are already decided with Jago Geerts (Monster Energy Yamaha) securing second behind Vialle but there are four riders still in with a mathematical chance of winning an FIM bronze medal.
Top of the pile is France’s Maxime Renaux (Yamaha SM Action) who leads Aussie Jed Beaton (Rockstar Energy Husqvarna) by 13 points with Thomas Kjer Olsen (Rockstar Energy Husqvarna) from Denmark a further 11 off the pace before an 11-point gap to Britain’s Ben Watson (Monster Energy Yamaha).
Watson came within a point of winning the overall last time out but it would be a huge ask to expect him to pull back so many points.
Conrad Mewse (Hitachi KTM fuelled by Milwaukee) lies eighth but has the speed to get among the front-runners and his team-mate Bas Vaessen just needs to put two good results together. Josh Gilbert (PAR Homes RFX Husqvarna) has shown on a number of occasions this year that he has what it takes to threaten a top-10 finish and would love to end the season on a high.
Sunday’s main motos will be supported by the final rounds of the EMX2t and EMXOpen championships the day before. Britain’s Brad Anderson (Verde Sport KTM) has already clinched the two-stroke crown but the Open title will go down to the wire.
Estonian Karel Kutsar (KTM) holds a nine-point advantage over Finland’s Kim Savaste (KTM) with Toms Macuks (KTM) from Latvia another 18 off the pace.
If you’re looking for British riders to cheer on then John Adamson (AAA KTM) and Dan Thornhill (Cab Screens Deos Group Honda) both have the pace to run comfortably inside the top-10. 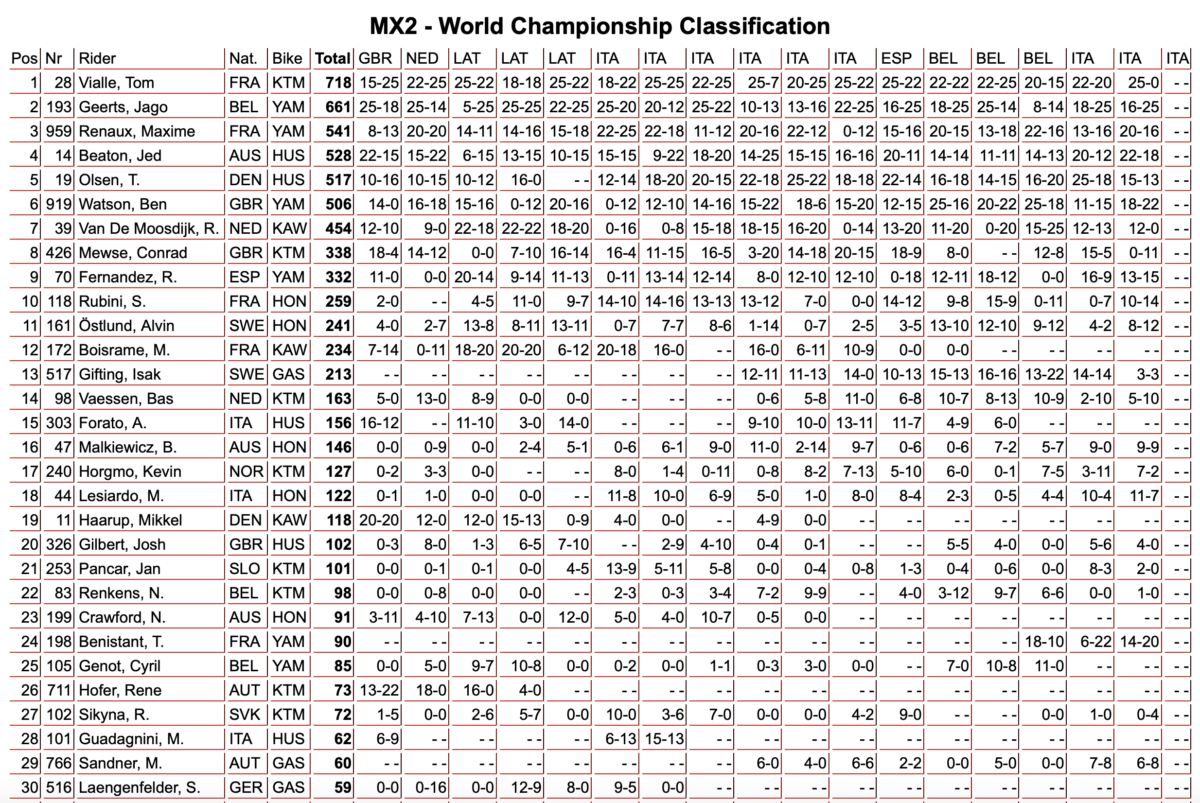 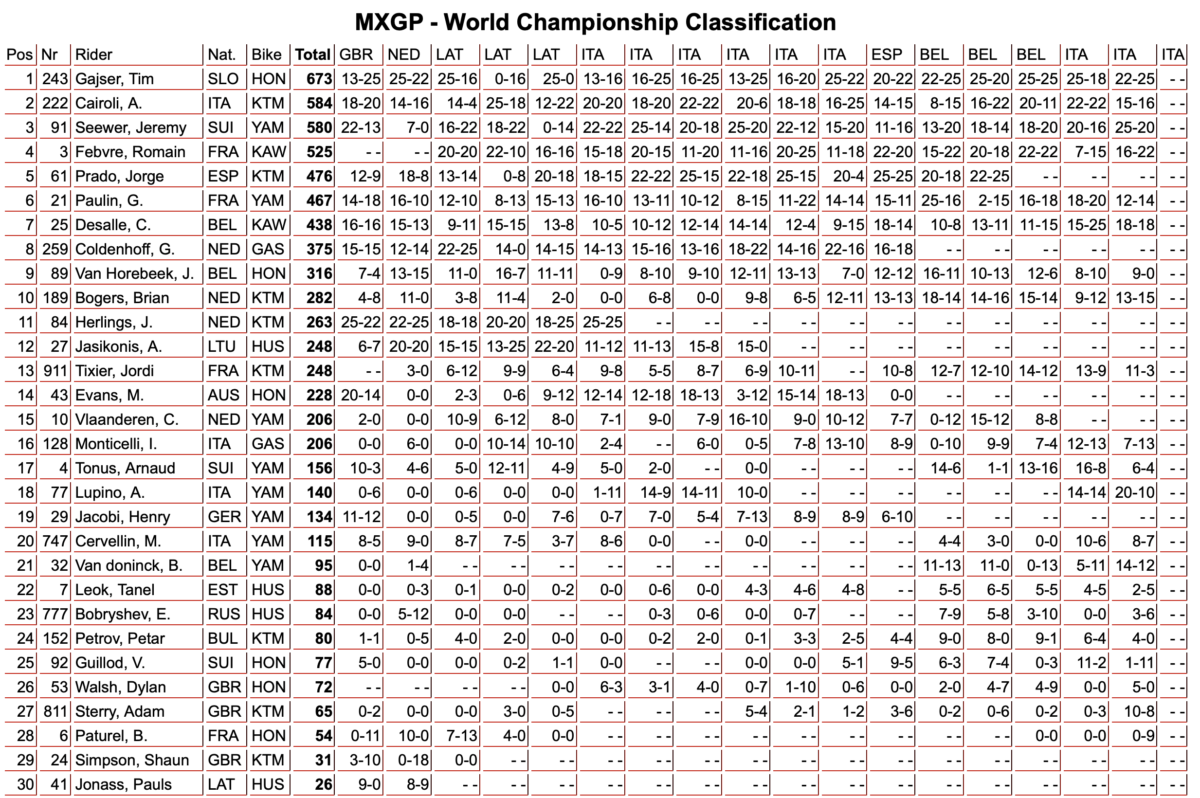