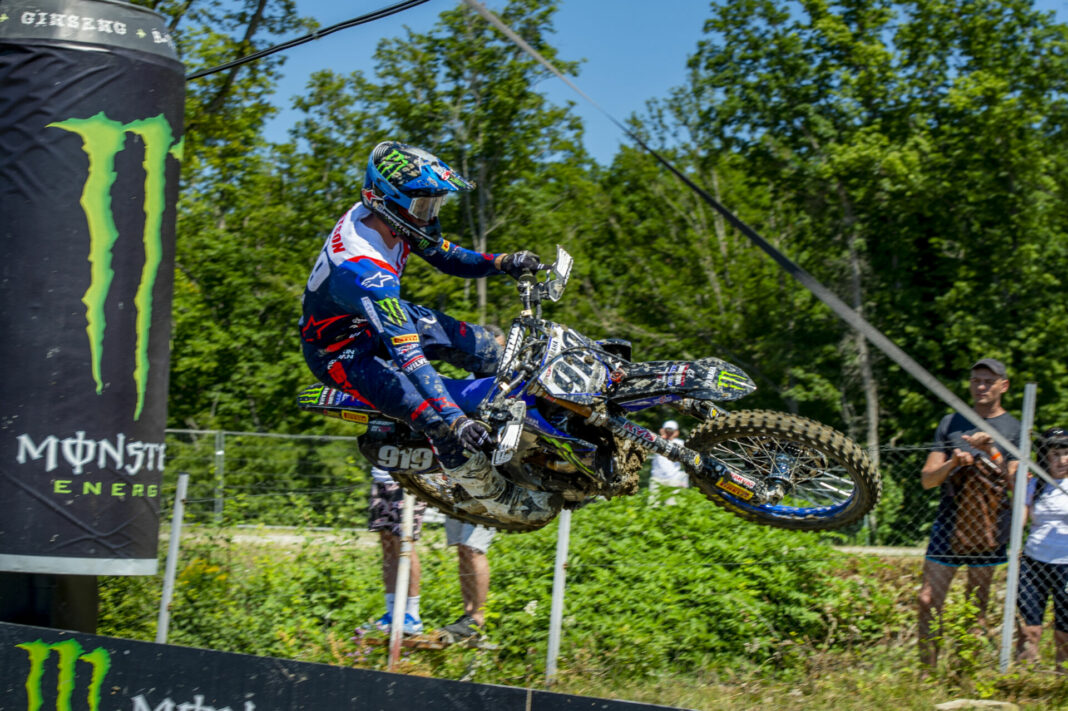 After struggling at the first few rounds of the championship series, Ben seemed to gel with the Italian track and pulled a ninth position in moto one and an eleventh in moto two, giving him ninth overall for the day.

“I’m happy with my progress since my first race in Russia,’ said Watson. “I felt that was a disaster, and then last weekend in Matterley I felt the track wasn’t technical enough for me, so to come here and enjoy this track her in Maggiora, I was happy.”

“It was nice to get a good start and run upfront with the guys for a bit. I was there and on the pace, and I felt comfortable. I tightened up a bit because I’m not used to being in that situation, so it’s something I have to get used to.”

“The second one was interesting. The heavens opened and we had a complete mudder. I had a pretty good start but dropped back because it was a bit of a shock for me in the first few corners, but in the end, I got to eleventh so still good points and from here we will keep building.”