Jago Geerts (Monster Energy Yamaha) raced to his 13th moto win of the season to keep his MX2 title hopes alive at today’s MXGP of Trentino but series leader Tom Vialle (Red Bull KTM) limited the damage to just one point and with two rounds – and four races – to go has a commanding 73-point advantage.
Vialle took the holeshot ahead of newly-crowned EMX250 champion Thibault Benistant (Hutten Metaal Yamaha) from France and looked in total control at the front. Benistant was riding out of his skin to keep the leader in sight but his compatriot began to ease away.
Geerts eased into third after starting sixth and despite strong resistance managed to pass Benistant. Vialle then fell back to third after losing his front wheel in a left-hander and faced with a clear track Geerts kept his cool to win by two seconds.
“I’m really happy with the day after such a difficult day in Lommel,” said Geerts. “We worked really hard on the bike and it showed. I’ve won again so I’m really happy with that.”
Vialle came home a further six seconds behind in third chased by race one winner Thomas Kjer Olsen (Rockstar Energy Husqvarna) and Maxime Renaux (Yamaha SM Action).
Britain’s Ben Watson (Monster Energy Yamaha) struggled out of the gate but was rewarded with a solid sixth after a race-long charge pulled him through the pack from just inside the top-20 on the opening lap.
Bas Vaesen (Hitachi KTM fuelled by Milwaukee) crossed the line in 11th with Josh Gilbert (PAR Homes RFX Husqvarna) 15th, one place ahead of Conrad Mewse (Hitachi KTM fuelled by Milwaukee). 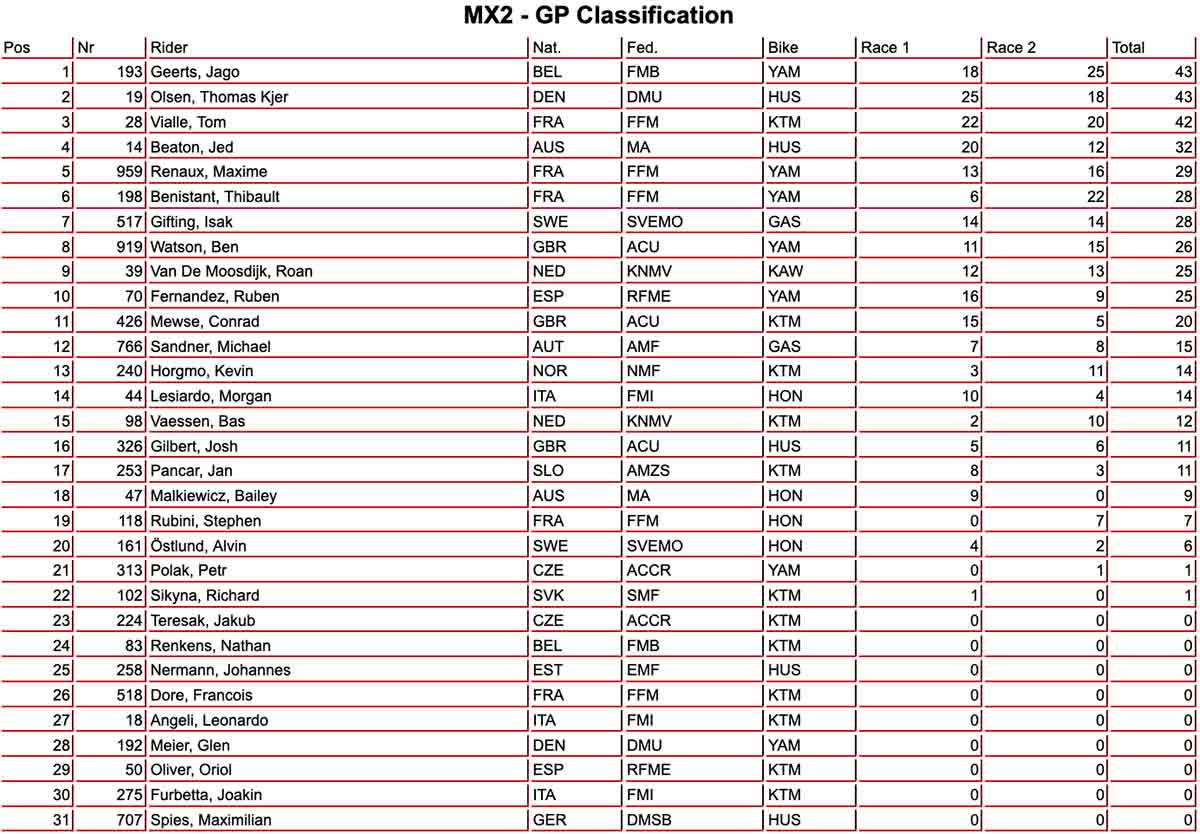 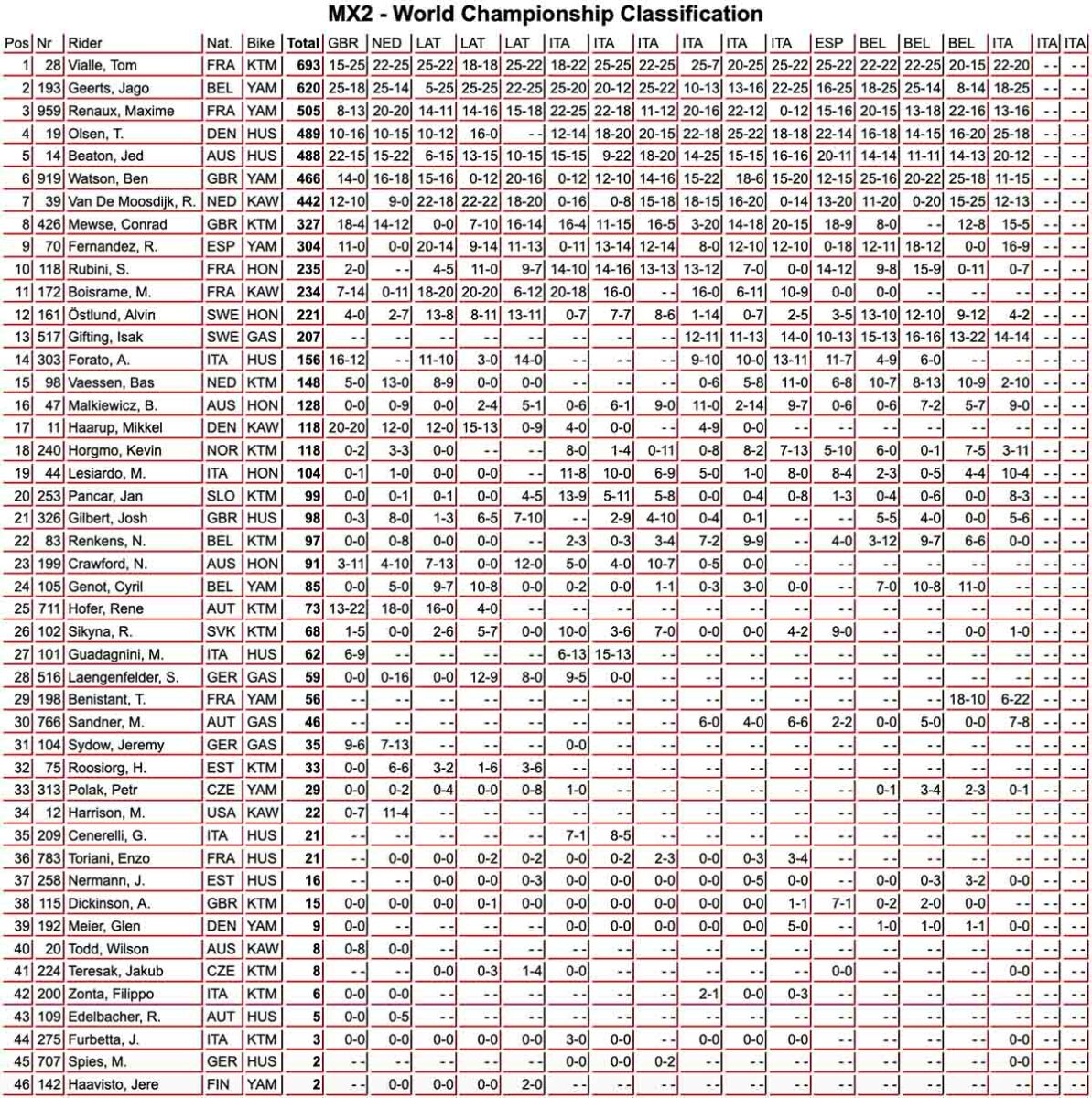