Ben Watson has been forced to kiss goodbye to the 2019 season after breaking his wrist during warm-up at the MXGP of Italy on Sunday.

That was his blunt assessment last night on social media but he’s keeping his head up with a factory Yamaha waiting for him in 2020. “F*ck 2019,” he wrote. “No words. Sorry to let all my team and sponsors down again. And apologies to GB regarding Assen. I will see you next year… I’ll be back with a bang.”

Shortly after the British rider hit a speed bump at the airport when the airline he was booked with objected to Ben travelling with the cast, which was only put on a few hours earlier. Solution? Cut that fresh cast off at the airport coffee shop with a pair of blunt scissors (see image below).

With Watson declaring himself out of Team GB, a spot has opened up in the squad. Team GB hasn’t announced a replacement MX2 rider as yet but we would be surprised if Adam Sterry didn’t get the call. 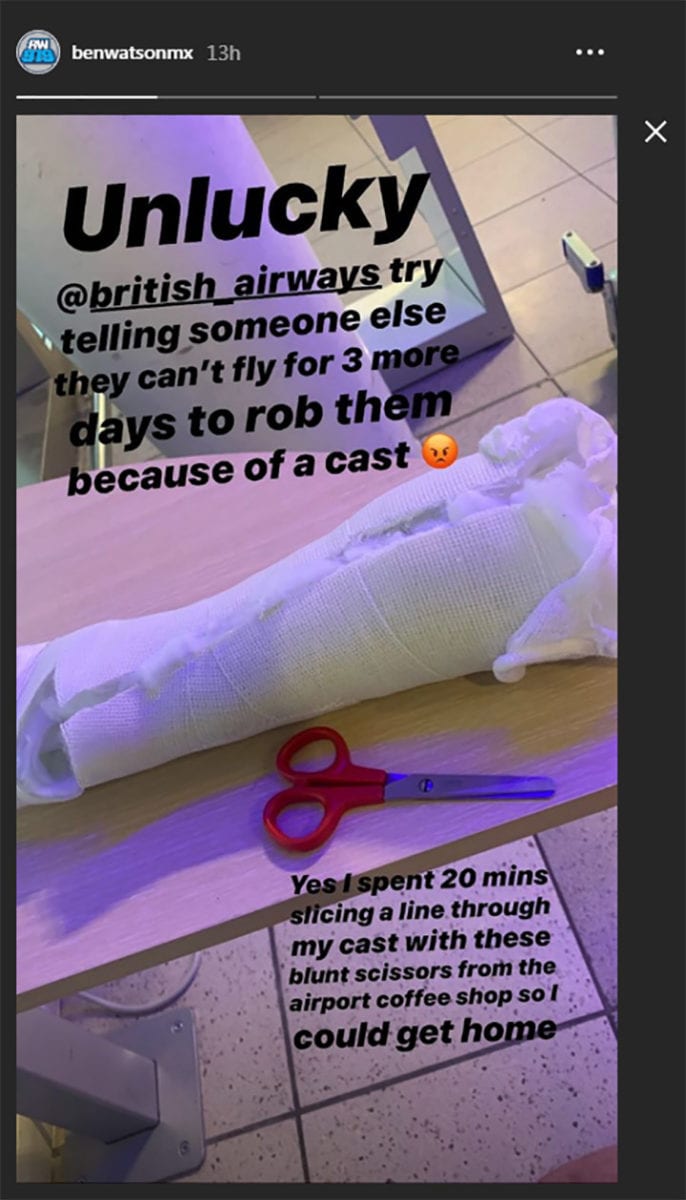