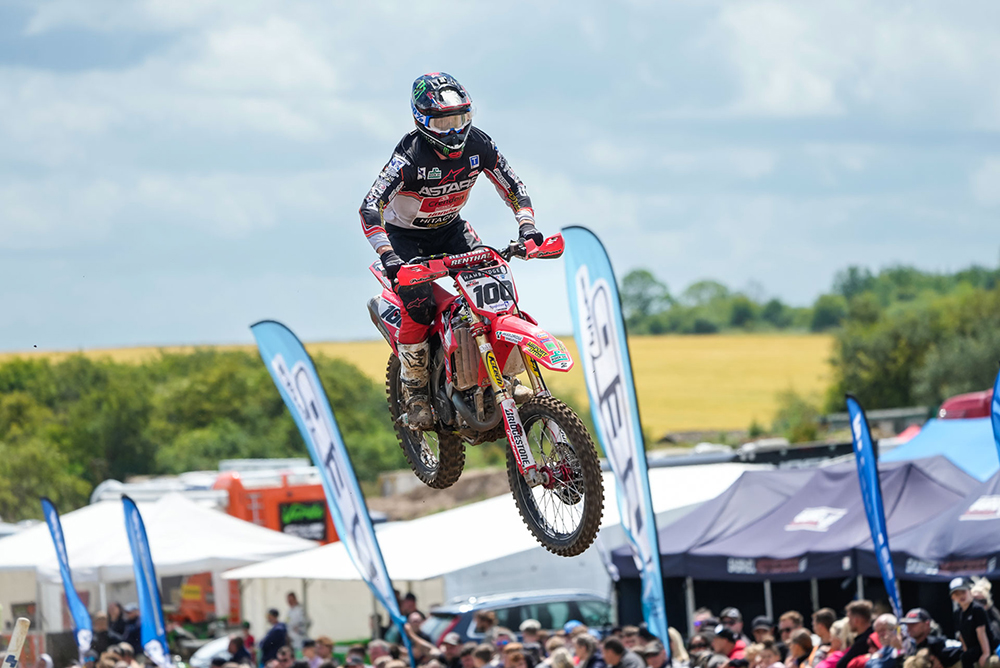 Crendon Fastrack Honda’s Tommy Searle missed out on an MX Nationals double win at Cusses Gorse on Sunday when a stone jammed his rear brake while he was leading the final moto.

Searle still managed to bag second overall. In the first race, the 33-year-old started in third place but quickly took the lead on the second lap. He controlled the race to take an emphatic win from rivals Harri Kullas and Josh Gilbert.

Then in race two, Searle snatched the holeshot and set a calculated pace at the front while Gilbert and Kullas battled for second place.

Then on the penultimate lap, a stone jammed the rear brake of Searle’s Honda CRF450R and the current British champ ran wide to avoid crashing. This allowed Gilbert and Kullas through while Searle had to accept third place.

This put him on the same points as Gilbert, but Searle was awarded second overall due to the results of the final race.

“A good day for me. I won the first race and felt really comfortable, and the bike was running really good,” said Searle.

“In the second race I holeshot and was leading all the way then a stone got caught in my rear brake on the face of the finish jump. I landed in the ruts and had to save a crash, then get the stone out.

“It’s a bit disappointing as I felt good, had the race in control, and had a bit more in the tank if I needed it. It’s the best I’ve felt on the bike in a long time. I’ve been a bit sluggish for the past six weeks so it’s nice to feel like myself again.”