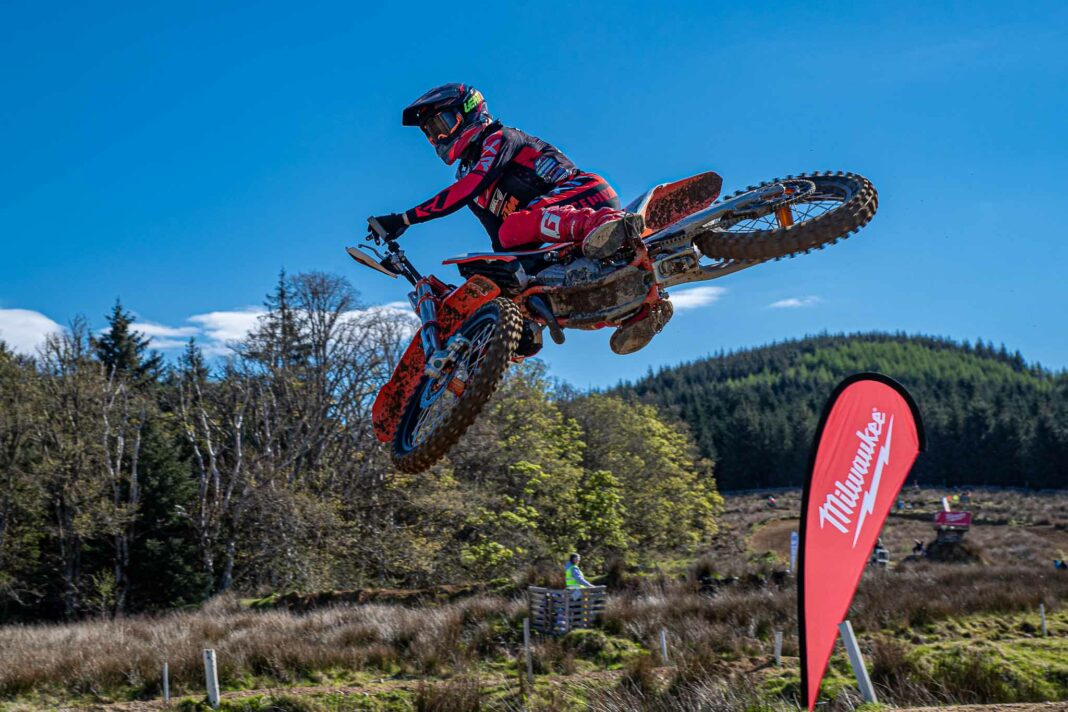 Michelin MX Nationals powered by Milwaukee heads to Hawkstone Park this weekend, for what’s set to be another cracking weekend of action throughout the multiple classes with former MXGP rider Shaun Simpson a late entry.

With the Salop Club putting in the work and making a few amendments to freshen up the track and the weather looking good, there will be a packed out two days of racing across the following classes; Syntol Lubricants 85cc Open, Seven Youth 125/250, Moto Connection Clubman MX2, Worx Sports Insurance MX1, Motoverde Amateur MX2/MX1, RFX Expert MX2/MX1, Apico Elite MX2, Leatt MX1 and the Lyfelinez Fastest 40.

The penultimate rounds of the British championship may well see some champions crowned, although in most classes it looks like it’s going the distance. Particularly in the Apico MX2 Elite class where Tom Grimshaw (Chambers Husqvarna) who is leading a pro championship for the first time, is being hunted down by Jamie Carpenter (GRT Impact KTM) with the gap at 17 points between them.

Calum Mitchell (Fabrican KTM) is a further 20 points back from Carpenter and still in a with a shout of the championship, albeit a tall ask. Apico Factory Racing Husqvarna’s Jamie Law sits in fourth on his 2 stroke 250. Revo Seven Kawasaki’s Dylan Walsh will be expecting to go 1-1 at the weekend but he’s not in contention for winning the championship after missing some previous rounds.

Harri Kullas (Cab Screens Crescent Yamaha) could wrap up the Leatt MX1 title at Hawkstone as he has a 45 point lead over Josh Gilbert (SC Sportshomes powered by Stebbings Husqvarna), but both Josh and Tommy Searle (Crendon Fastrack Hitachi Honda) will be doing all they can to take the championship to the last round.

Searle in particular is on form right now. Shaun Simpson (SS24 KTM), although not in contention for the championship will be relishing going for the win in his favoured conditions. Add to the mix the likes of John Adamson (ASA United Gas Gas) Martin Barr, Stuart Edmonds (Apico Factory Racing Husqvarna), Brad Todd, Liam Knight (Gabriel KTM), Petar Petrov, Jason Meara (Phoenix Tools Even Strokes Kawasaki) and Glenn McCormick (Chambers Husqvarna) to name a few the racing will fast and intense.

The Elite pro riders will be in action on Sunday, while all the other classes race over both Saturday and Sunday. Spectator tickets are £20 and cover both days, while camping per vehicle costs £10. For more information go to www.mxnationals.co.uk and follow the championship on Instagram and Facebook.