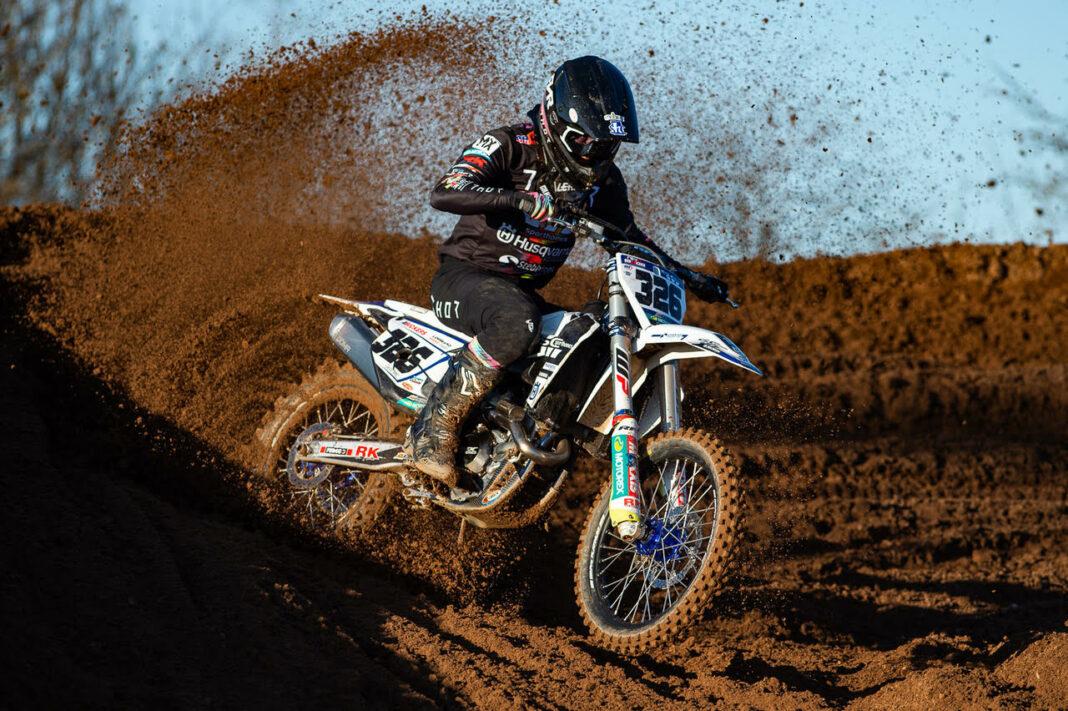 After a tough and gruelling round one at Fatcat Moto Parc the Michelin MX Nationals powered by Milwaukee British Motocross championship is all set to head down to Landrake, Cornwall for round two this coming weekend (29th/30th April).

The opening round of the championship provided some great racing on the rough sand circuit in sunny conditions and kicked off the series in style and now everyone will want to build on their start, whether it was good or bad. It’ll be a contrast at Landrake Moto Parc with the hard pack dirt, rolling hills and off cambered bends but no doubt, the racing will be just as intense as it was at round one.

Local hero Josh Gilbert (SC Sportshomes/ Stebbings Husqvarna) will be coming into the weekend extremely confident, especially after emphatically winning both of the LyfeLinez Fastest 40 Elite motos at Fatcat and in doing so taking the lead in the Leatt MX1 Elite class. Josh has arguably turned more laps around Landrake than any of his competitors. He won the MX2 class two years ago beating Conrad Mewse in the process and his confidence will be high. But so too will the confidence of Harri Kullas (Crescent Cab Screens Yamaha) who took two second places at Fatcat. The defending champion looks strong and cool as always and took the overall win at Landrake last year going 1-1. Currently third in the Leatt MX1 championship is Shaun Simpson (SS24 KTM) and the Scot will be hoping to make the long drive down to Cornwall a worthy one. Now no longer racing World GP’s Simpson will be going all out to win his first MX Nationals championship. Certainly don’t rule out the Crendon Fastrack Hitachi Honda team of Tommy Searle and Jake Nicholls for the win either. Both riders didn’t get their championship off to the start they’d hope and they’ll be going all out to make up the points. Add the likes of Ashton Dickinson (Talk Template KTM), Jake Millward (Verde Shiloh KTM), John Adamson (ASA United Gas Gas), Petar Petrov (Phoenix Tools / Even Strokes Kawasaki), Martin Barr, Stuart Edmonds (Apico Husqvarna), Brad Todd (Gabriel KTM) and Glen McCormick (Chambers Husqvarna) to the mix and it going to be another awesome days racing.

In the Apico MX2 Elite class Jamie Carpenter (GRT Impact KTM) came out swinging at Fatcat with his first ever pro overall victory and in some style going 1-1 to take the red plate into Landrake, a track he’ll feel comfortable on and with an abundance of confidence. Carlton Husband (Phoenix Tools / Even Stroke Kawasaki) will be hot on his heels though as he was solid at round one with two second place finishes. Calum Mitchell (Fabrican KTM) and Tom Grimshaw (Chambers Husqvarna) sit third and fourth in the championship respectively, tied on 36 points. Lewis Hall (LHR Husqvarna) will making his 2 stroke sing as he tries to build on a solid start and some real pace. Just like the MX1 class, the depth goes deep in MX2 and you can never count out the likes of Florian Miot (SC Sportshome / Stebbings Husqvarna), Jamie Law (Apico Husqvarna), Jay Hague (Crendon Fastrack Hitachi Honda), Sam Nunn (Crescent Cab Screens Yamaha), Adam Collings (MotoCycle KTM), Jamie Wainwright (Revo Seven Kawasaki) and young guns Kyle McNicoll (Verde Shiloh KTM) and Alfie Jones (Chambers Husqvarna) all making the podium. Add that to the fact that the Apico MX2 Elite class race with the Leatt MX1 Elite class in the two Lyfelinez Fastest 40 motos and you’re pretty much guaranteed an awesome race with plenty intensity and action.

Spectator and camping tickets are available on www.mxnationals.co.uk priced at £20 for a two day spectator pass and £10 per vehicle for two days camping.