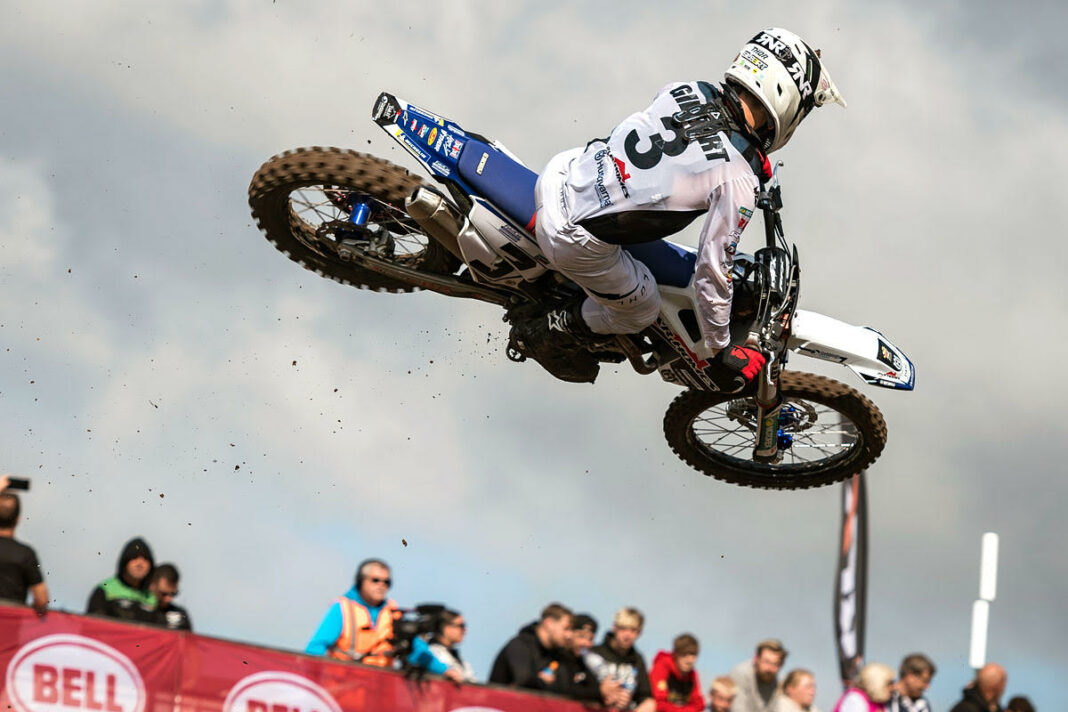 After coming back from a knee injury at the start of the year, the MX1 rider shot back better than ever, grabbing podiums throughout the remaining UK race series to finish the season off with a bang.

“The weekend was amazing for me!’ said Gilbert.”I poled qualifying which felt good, In moto one I gated third and quickly got into second behind Shaun Simpson.”

“We had such a good battle all moto but he just got the better of me by 0.3 seconds! Moto two I got the holeshot and pulled a gap on the rest of the field which I managed to maintain until the chequered flag to get my first 450 overall win.”

“I feel I had the speed at landrake but things didn’t go to plan so to bounce back and do it a week later felt so good.”

MX Nationals: ‘I’m gutted with how it finished’ – Husband

MX Nationals: ‘Everyone is doing their job really well’ – Kullas

MX Nationals: ‘It was a great day for me and the team’ – Adamson