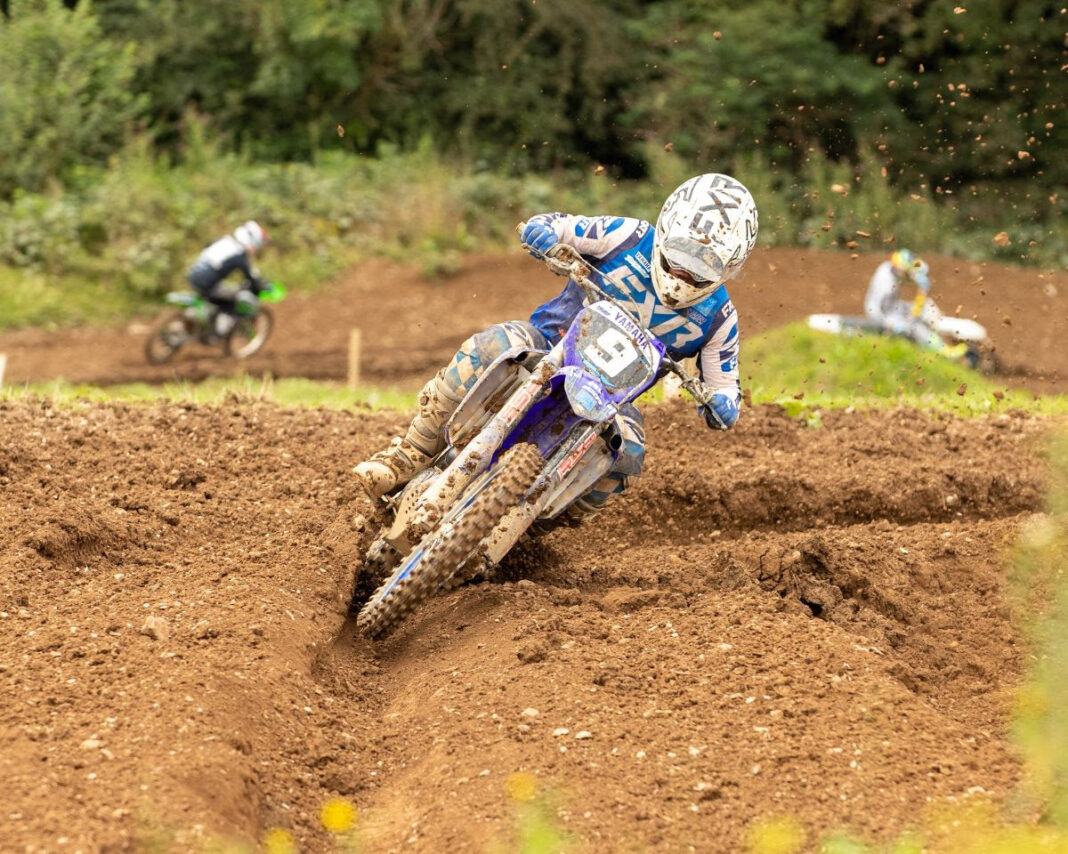 Lewis Hall and Sam Nunn showed their true potential at Landrake for the Rob Hooper Racing Yamaha team, with Hall gaining his first ever Pro Overall victory and Sam Nunn having his best-ever ride.

Hall joins a long line of riders who have recorded their first Pro overall under the RHR awning and shows the true purpose of the team, which is to nurture and progress young riders and their careers.

Recent weeks have seen the team struggle for consistency, but from the outset, this weekend had a different feel about it, with Nunn setting a blisteringly fast time in qualifying, only being pipped for pole at the last minute by French racer Florian Miot. Hall also showed excellent speed, qualifying in third behind his teammate.

“This has been our best weekend so far this year,’ said a delighted team boss Rob Hooper. “We have always known the potential was there for both of our riders, and they showed today while we have faith in them. I was gutted for Sam that he crashed while leading, but I was really happy that he came back and had a fantastic second moto.”

“This will do Sam’s confidence no end of good. Lewis was riding great all day, and he thoroughly deserved to stand on the top step of the podium.”