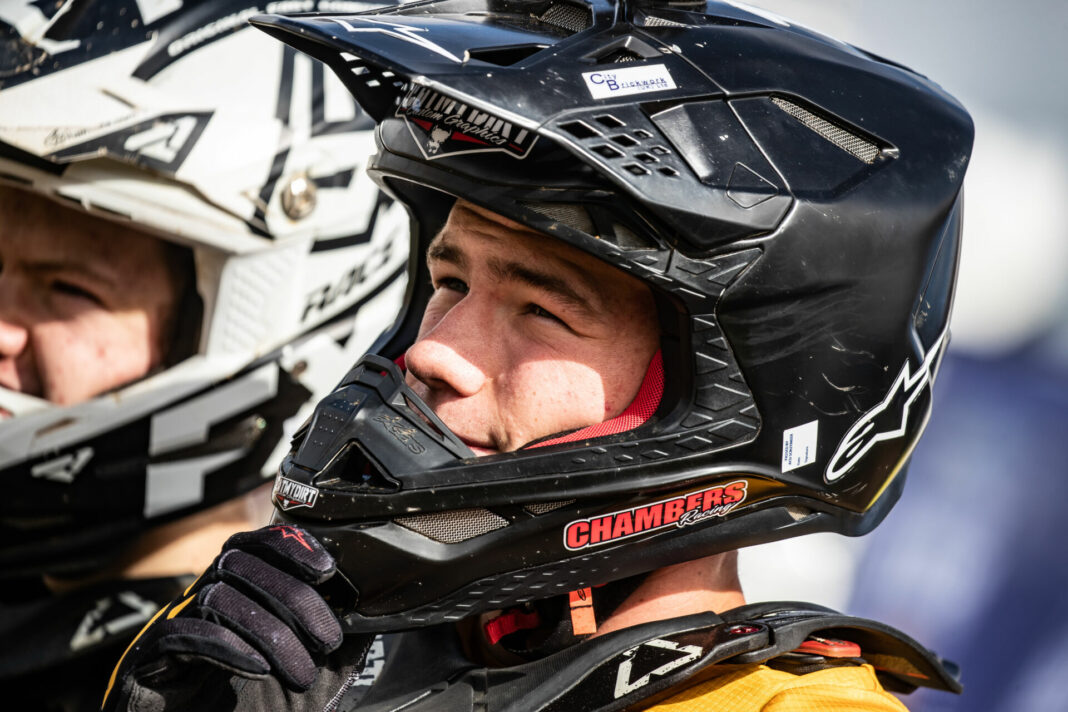 Round four of the Michelin MX Nationals headed to Landrake at the weekend for the penultimate round of the championship.

Chambers racing Husqvarna young gun Tom Grimshaw had a storming ride a the weekend, grabbing a podium finish in the Pro MX2 Championship. It was no easy feat for the husqvarna rider as he suffered with a spin up on the mesh gate, as well as a couple of mistakes during the days moto’s which resulted in a third overall for the day.

“It’s been a good day overall on paper, but I made both races really tough for myself and had to come from last in both,’ said Grimshaw.

“I put my head down and charged on and then on the second lap I crashed going past pit line and had to do it all again and managed to get up to fifth at the finish and claim third overall which is good but there is a bit of disappointment because my speed was there to win today.”