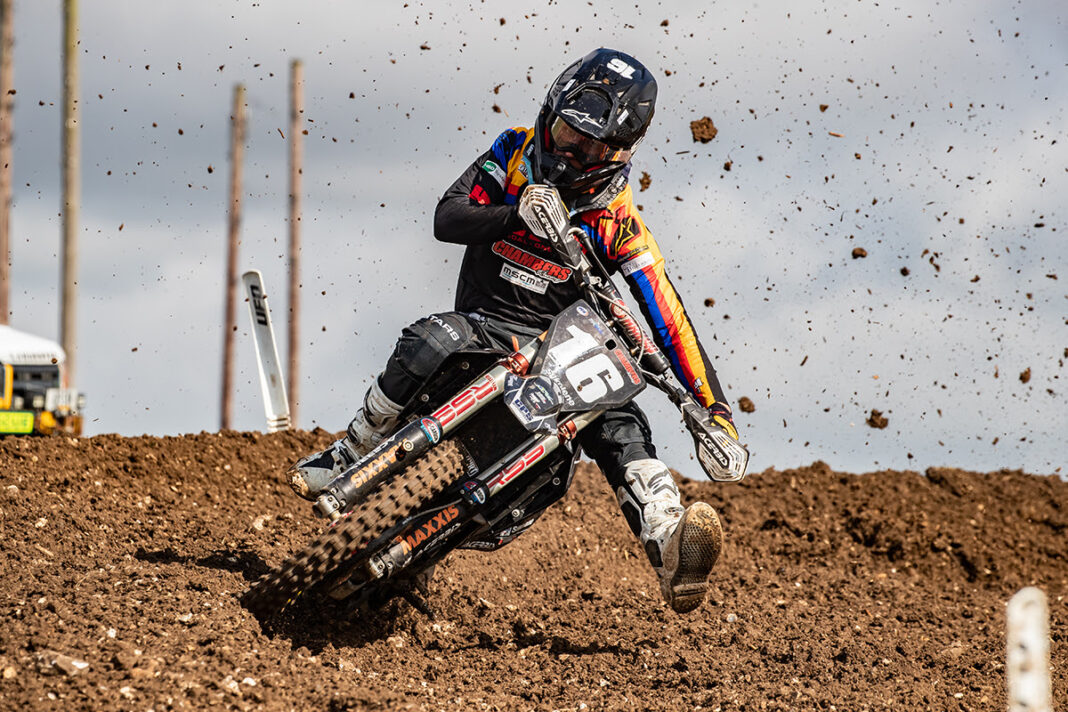 Chambers Racing Husqvarna team looked to finish the season on a high at the final round of the MX Nationals at Cusses Gorse on sunday.

Following on from last weekend’s strong results, Tom Grimshaw was hoping for another podium finish, as McCormick aimed to break the top ten again.

In the morning qualifying session started well for the team with Tom going third fastest in the MX2 class and finishing less than one second from Pole Position.

In the opening moto Tom made a good start and was battling at the front of the MX2 class in a threeway battle for third, and crossed the finish line in fifth place. The final race of the day and the championship saw Tom claim another fifth place finish after making a mistake early on and having to charge from the back and post the fastest MX2 lap time of the race.

“I started the day really well with my best qualifying session of the year,’ said Grimshaw.

“I was inside the top three for the whole session so I was happy about that. Going into the races I was feeling good and got a good start with the 450’s and was sat in second in the MX2 and closing on the leader, but it was hard to pass and get stuck behind a few 450’s and lost my flow and slipped back to fifth.”

“Second race I got another good race and was pushing forward and then I unfortunately crashed when a rider turned tight ahead of me, and I clipped his rear wheel and went down and had to charge from the back. My riding was really good and I was the fastest MX2 on track and I’m gutted I didn’t have that speed in the first race as I feel I could have won the race, so it’s been a frustrating day but I will be focussing on the final events.”

MX Nationals: ‘I’m gutted with how it finished’ – Husband

MX Nationals: ‘Everyone is doing their job really well’ – Kullas

MX Nationals: ‘It was a great day for me and the team’ – Adamson

MX Nationals: ‘The weekend was amazing for me’ – Gilbert