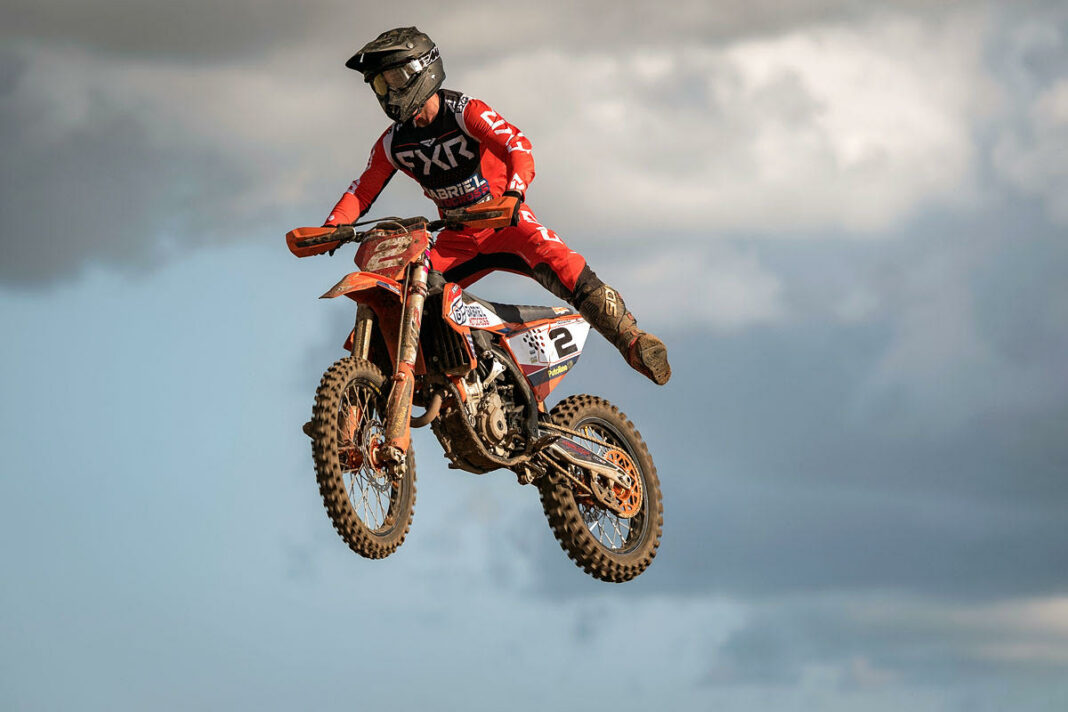 Gabriel KTM John Adamson claimed his first MX Nationals MX2 Championship title yesterday at the final round of the series at Cusses Gorse.

Being strong and consistent all of this season, the scotsman has been chasing the title in both the MX Nationals and the Revo ACU British Motocross championship, which it came down to under ten points on sunday between John and Phoenix Tools Apico Kawasaki Carlton Husband, with John ultimately claiming victory.

‘It was a great day for myself and the team’, said Adamson. “My first Pro National championship and a first for the team, it was good to give back something for everyone that’s putting so much work in around me.”

“It was nice to get a reward for myself with the work I’ve been putting in, it was pretty close in the first race I finished just behind Carlton so that left us with eight points between us.”

“Going into the second moto he was super aggressive and had a coming together with another rider, which made my life pretty easy and I enjoyed the race at the front with Florian Miot. I tried a few times to get past but it was getting too close for comfort.”

“I just rode home in second to finish third overall on the day, and won the championship! Yehaw!”