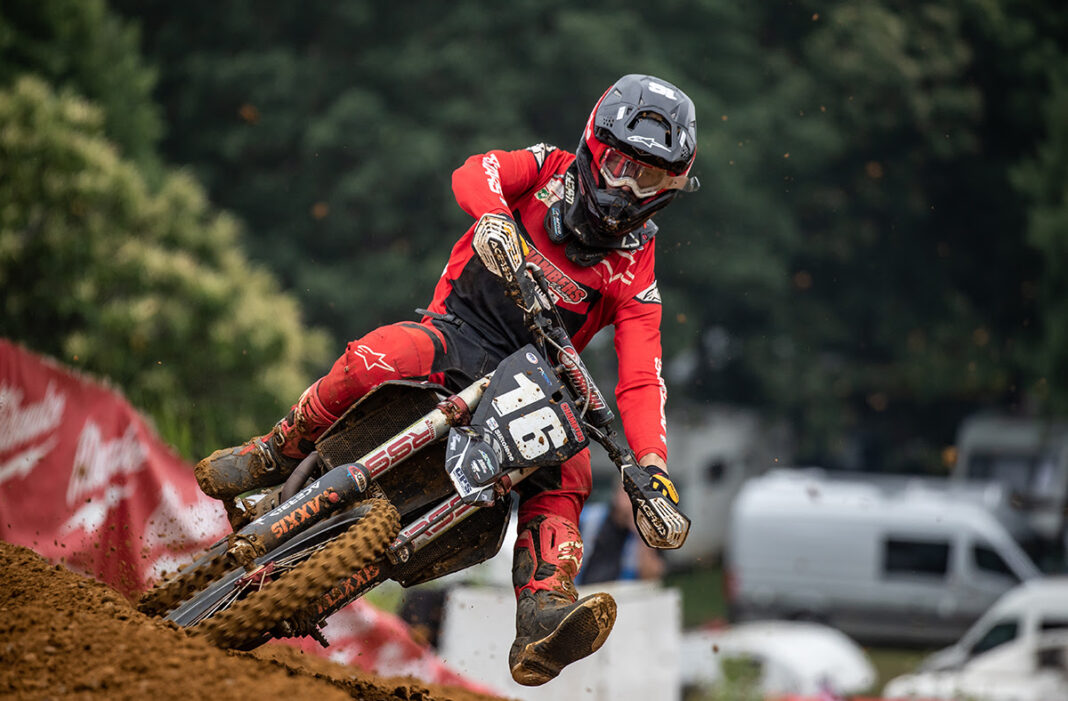 MX2 rider Tom Grimshaw headed to Canada heights this weekend for round three of the Michelin MX Nationals powered by Milwaukee.

The weekend started with Tom claiming a twelfth fastest in his qualifying session on Saturday morning before the Pro MX2 riders competed against the Expert MX2 riders for both races.

In the opening race on Saturday Tom made a good start and rode strong to claim a sixth place in the first moto, as then produced another solid race with a fourth place in moto two.

Sunday morning saw the fastest 40 class line up with a mix of MX2 and MX1 riders, and Tom was hoping to continue the strong results in the final two races. After grabbing a decent sixth place in the first moto, Tom had a huge off a the top of the start straight after a rock got stuck in his chain causing him to DNF.

“On Saturday I got a sixth in the first race and then a fourth in the second race but the riding was good,” explained Grimshaw.

“Then on Sunday we were back racing with the 450’s so a good start was going to be harder. In the first race I got a good jump and got caught in the first turn crash so had to come from the back to get up to sixth which was ok but I felt that I was riding a bit tight.”

“Then in the last race I was looking forward to it as the track was rough and some of the others were a bit tired. Unfortunately, I was taken down on the first turn so had to come through the pack and then on the fourth lap something happened and next thing I was flying in the air and crash heavy and knock myself about a bit.”

“Lucky I was able to come away from the crash ok, but it turns out there was a rock in my chain, and it locked the back wheel up causing the crash, so it was nothing myself or the team could have done, but I’m just happy to not be too badly hurt.”