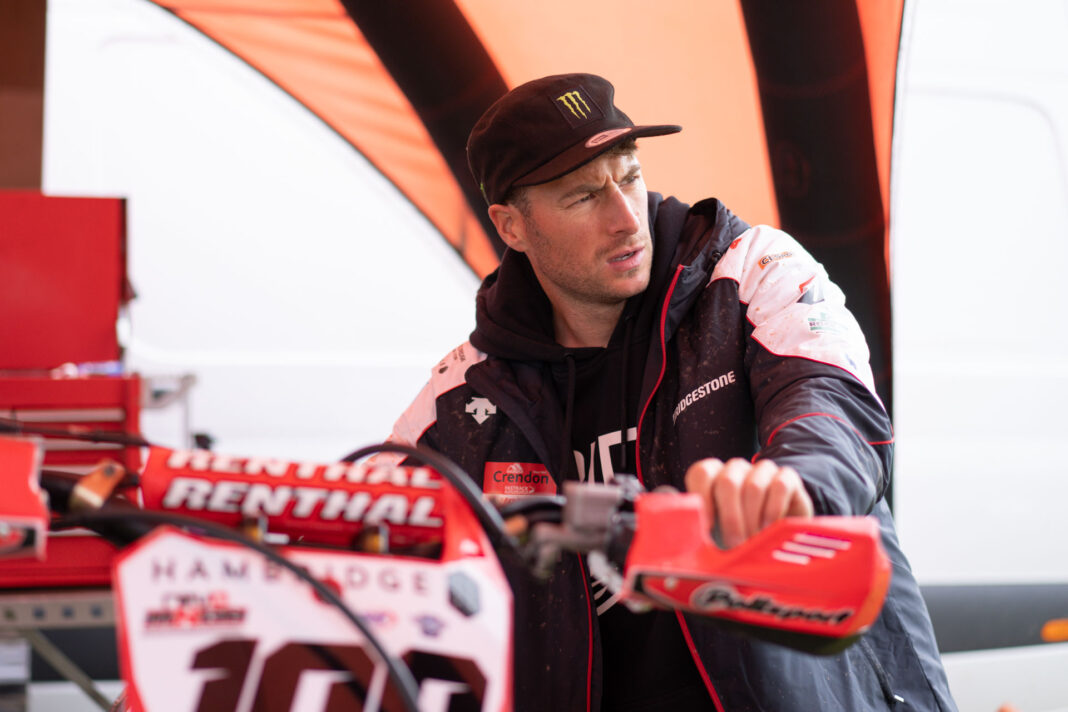 Fending off the Cabscreens Crescent Yamaha rider and MX Nationals Championship winner Harri Kullas in the first moto until making a mistake on the last lap which dropped him down the second, the MX1 rider pushed hard in the second moto setting the fastest lap but still came away with a two two scorecard to give him second overall for the day.

“Landrake is a track I like and had a good day,’ said Searle.

“I had two very different races. In the first one I had a holeshot and rode well. I was smooth but then on one lap I made a couple of mistakes and Harri was able to get around me. In the second race I was third and made a few mistakes but I wasn’t worried as I knew I had the pace to catch up.”

“In one lap I pulled back four seconds on them and put myself into a position to make a pass on the last lap. But I rushed it in the corner before I was going to make my move and I was disappointed as I’d done all the work. But it’s a massive step forward today and I’m a lot more confident heading into the final few races of the season.”