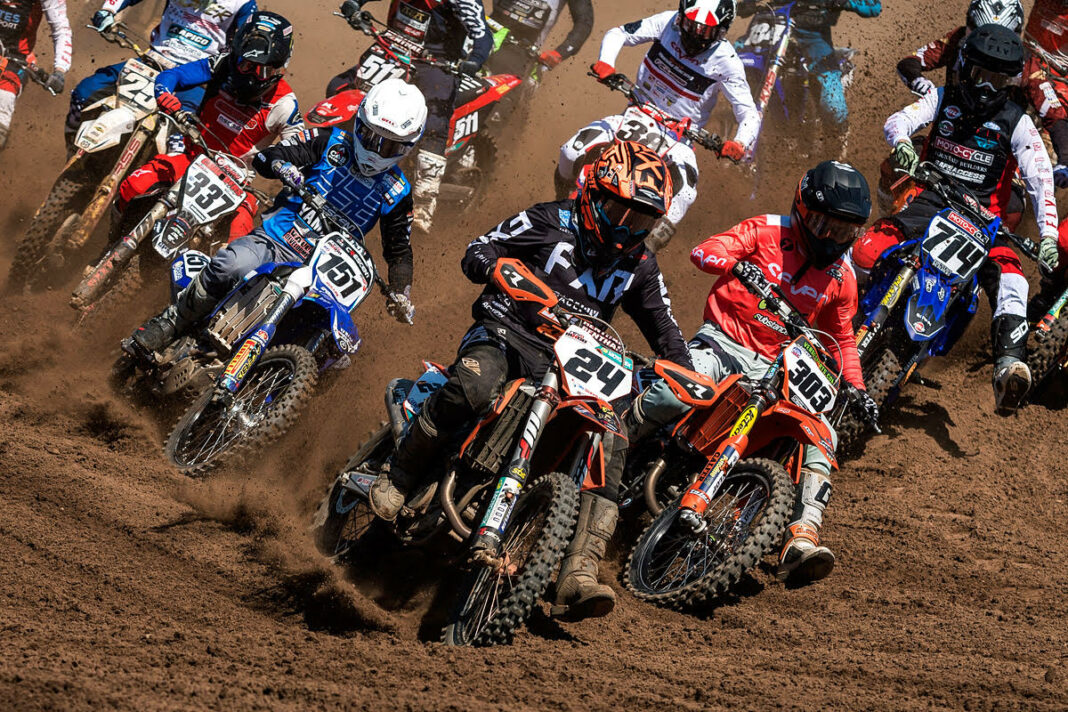 Round one of Michelin MX Nationals dropped at the popular FatCat Moto Park in Doncaster on Sunday, giving some MXGP riders a final chance to get some racing in before the first round.

SS24 rider Shaun Simpson had a mixed bag of results, but still showed the sand track who was Boss in the Fastest Forty class. Speaking to DBR on Sunday, Simpson explained how his weekend went:

“It’s first time racing and MX nationals so I was looking forward to it, I quite enjoy yesterday was pretty chilled out,” he said. “I don’t know what happened in qualifying, I’ve got a few theories but anyway I ended up seventh which wasn’t ideal obviously looking for a lot more than that.”

“In the first race I just couldn’t get anywhere close to Harri sas I got a bit of a mediocre start, you know I got caught behind Dylan Walsh and then much the same in the second one so I was just chasing my tail a little bit, and Harri was riding great, we could see that Conrad was riding good as well so we were the fastest forty today which was something, you know, new for me. I knew it was tough to get my finger out but anyway.”

“First race today, Harri was riding good again. Conrad came past and unfortunately the race got stopped after twelve or thirteen minutes which you know we’re barely getting warmed up at that time so, and I was pretty disappointed with that.”

“Then in the second one, I managed to get the hole-shot which is quite unusual for me to get a good start, and then think I led for a couple of laps.”

“Harri passed me, Conrad passed me and I just was trying to catch up and hang on to their shirt tails, but it was so tough to try and just find that same rhythm that they were on.”

“They seem to be skipping over stuff that you know usually I would want to do but I can’t figure out if the bike would not let me do that or if I’m just needing a bit of a rest because I’ve been pressed on for the last few weeks.”

“Obviously with a lot of races to go, I need to make sure that I’m not burning myself out before the season really kicks off but maybe a week of rest and recuperation with family this weekend will do the job.”