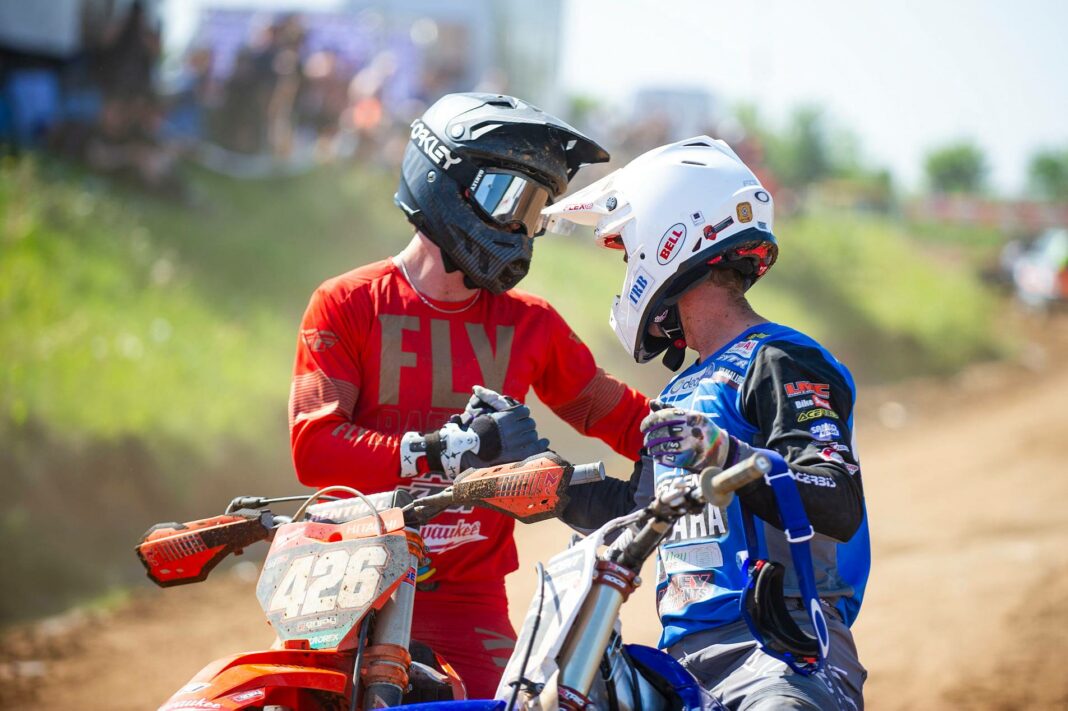 Hitachi KTM’s Conrad Mewse continued his winning streak this weekend at round one of the Michelin MX Nationals, following on from his championship lead and wins at the Revo ACU British Championship.

Heading to Saturday’s MX2 motos, the young KTM rider put in a stormer of a first lap in the first race, which lead him to pull away with a huge thirty eight second lead ahead of Gabriel KTM’s John Adamson, Ashton Dickinson, and Troy Lee Designs ASA United Gas Gas Steven Clarke who continued to battle between them, as Conrad claimed the first win of the weekend.

In Moto two we saw the same four battling throughout the race, but it was no match for the skill of Mewse as he checked out for another huge win this time by fifty seconds! Unfortunately this Moto also got red flagged as Crendon FastTrack Honda’s Jay Hague suffered a big off, breaking three ribs in the process which meant end of play for the first day of the weekend.

The Fastest Fourty lined up for sunday’s first moto, with a lot of complaints from rider of being sore from the rough track the day before, this didn’t seem to dampen Mewse’s speed or technique as the track had got considerably rougher than the day before, with the championship running more classes. Conrad pushed his way through the pack past the MX1 riders and made his way up to second position in the race, which made him first in class for the MX2, before the red flag caused by Dylan Walsh.

Mewses sand skills were unmatchable for Moto two of the day in the Fastest 40 class saw Shaun Simpson grab the holeshot, followed by Kullas with Mewse not far behind the pair. He got to work pushing on towards Kullas, making some progress lap by lap, passed Simpson and Kullas, and then eventually settled for second in the Fastest 40, but still four wins across the board in his class.