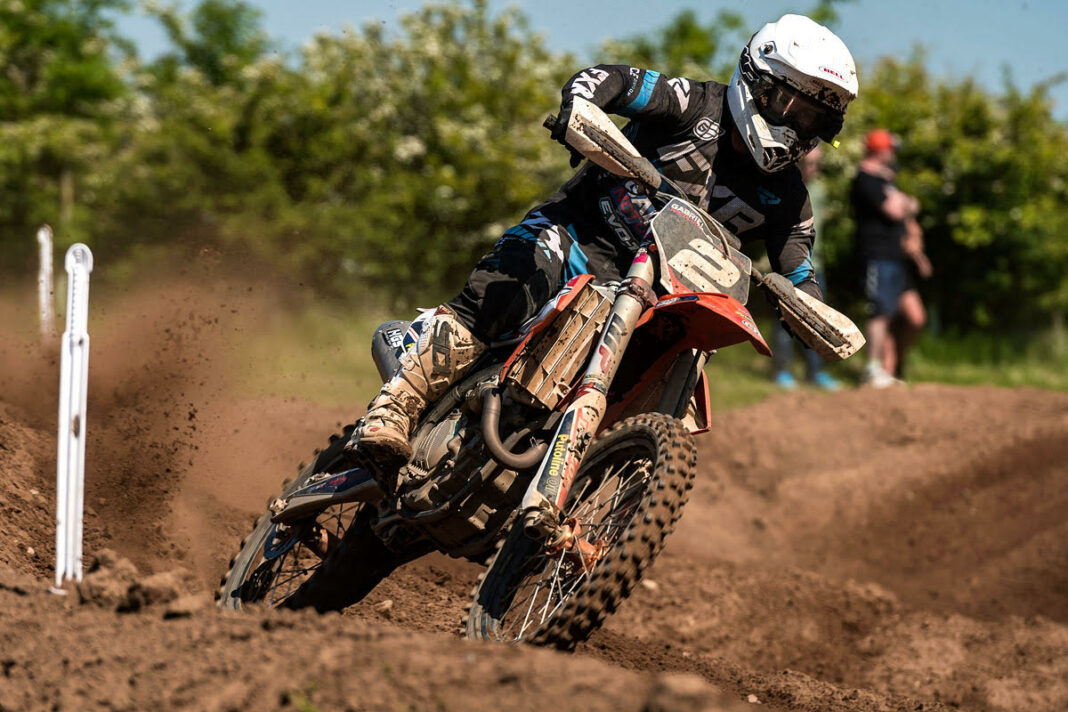 Team Gabriel KTM’s MX2 rider John Adamson bagged himself another podium at the weekend’s MX Nationals championship at FatCat, following on from his second-place MXGB finish at Lyng last weekend.

Catching up with John post-race he told DBR about his day:

“Yesterday was a very up and down day for me,” he said. “Qualifying was alright so we had a good gate pick, first race I didn’t get the best of starts and I lost the front end in the first turn, so pretty much half the pack got past me.

“Obviously it’s a very physical and demanding track, and I just managed to keep plugging away until I got through to second. In the second race I had a crash with Conrad on the start, and I hurt my shoulder and cut my arm.

“Luckily for me, but unfortunately the race got stopped because Jay (Hague) had a bad crash, hopefully all is well, and he’s okay. Back at the race restart my bike jumped into neutral off the start gate for some reason so I got a shocking start, and came through to fourth and was right on Clarkey and Dickinson at the end.

“Being out with the 450s is always good, in the first race me and Dylan Walsh came together on the start so once I got going again I worked my way back through then had another big crash on one of the straights and I ended up second overall.

“Good start, definitely back to elementary again. My back just gave up halfway through so just naturally rode round for the last ten minutes and came away with second overall, the best of the rest.”