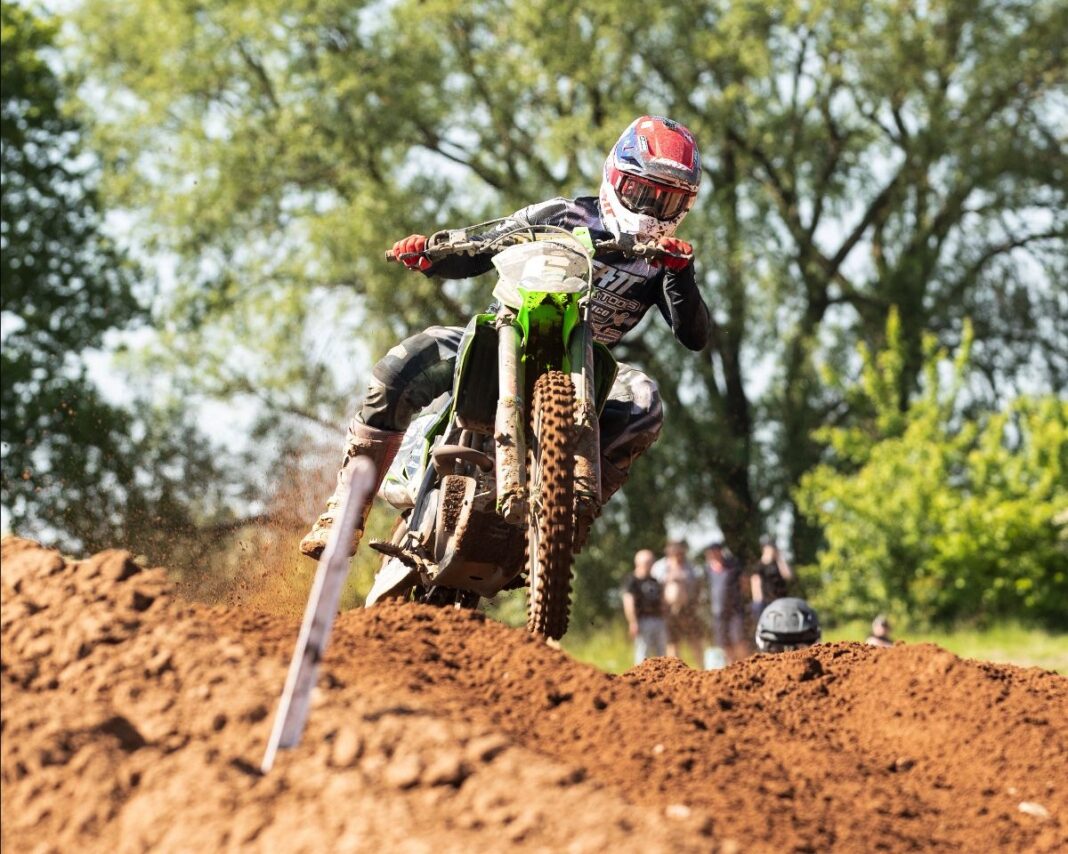 After his strong qualifying position, Husband went into the races feeling confident of some good results. The opening race on Saturday saw him struggle off the start and have to charge hard through the pack to recover to sixth place while was a similar story with another bad start and a charge though to the pack to claim eighth place.

On Sunday, Husband was looking for some better starts but unfortunately didn’t get out of the gate well in the first Pro race and charged from the back of the pack to head the MX2 field briefly on the opening laps before losing a couple of positions and finishing in third.

The final race completed a weekend of bad starts and recovery rides for Husband who charged hard all race long to finish in fourth place and claim fourth overall.

“This has been one of my best racing weekends of the season so far. I showed some real speed, in qualifying I was P1 for a bit and then Conrad went faster towards the end but to close on time with Conrad is great. In the races on Saturday, I struggled with start and worked my way through to get 6th and 8th,” said Husband.

“Sunday was a bit of the same with not the best starts and having to battle through. In the first race on Sunday, I was near last and came through to lead MX2 on the second lap and hit a bit of a wall and dropped to thirrd.

“In the last race, I worked up to second from and bad start and then dropped to fourth at the finish as I struggled with the heat and rough track at the end of the weekend. I’m happy with fourth overall as I have the speed but just need to find some starts.”