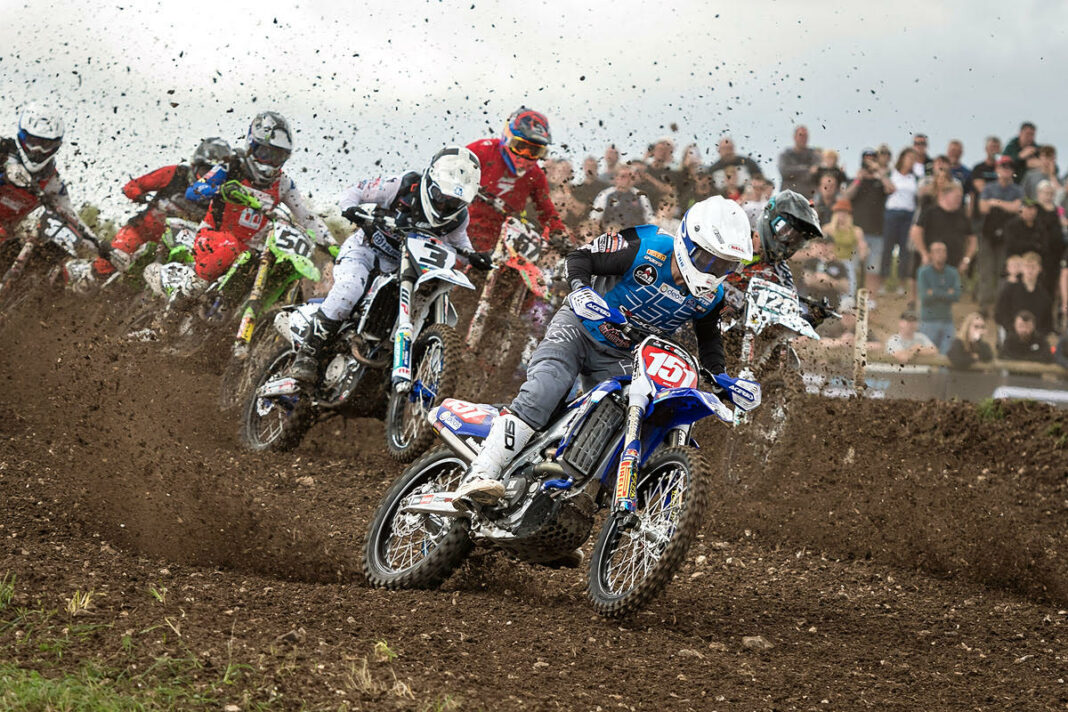 After sealing the championship at the penultimate round in Landrake, the Estonian rider used this past sunday to get some hard pack races under his belt.

“Well in the end I need to be happy for today. Not my best performance track in the past anyway, but today I managed to step up my riding. I knew some are very good on the dry hardpack track and my goal was to have decent practice day as I got the championship last weekend.”

“Had good start first one, couple wrong lines choices dropped me third in first lap. Then I just tried to follow the guys in front of me, I managed to stay few laps but then they were fighting for the win so I settled for third.”

“Second race started around fifth and worked my way to third early race. Then leader had already big gap but I tried to push with second place rider and managed to stay quite well with him until he pulled some good laps in the end so again I settled for third.”

“Overall I am happy. We tried little bit different setting and I felt better second race so it was learning and good training day on those conditions.”

“Thank you to my team behind me! Everyone is doing their own job really well so it is great to have good people around me.”