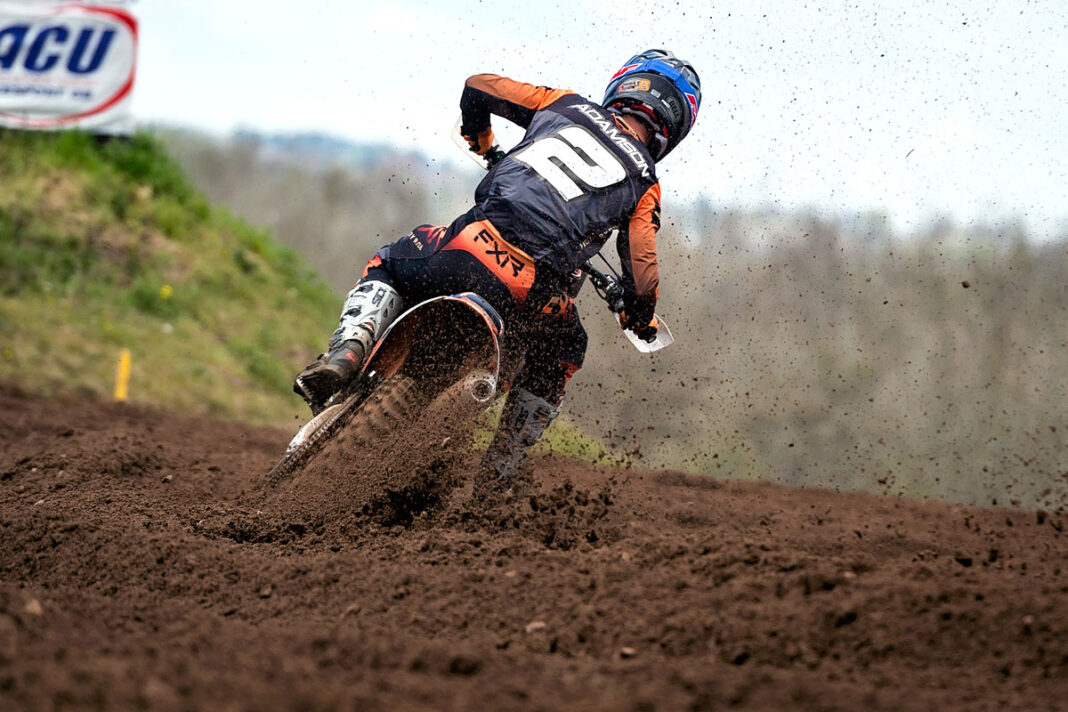 First place finish in the MX1 championship was already claimed by Cab Screens Yamaha rider Harri Kullas at the penultimate round at Landrake last weekend, so it was completely open for the rest of the positions in the championship for the Fastest 40 class.

In the opening moto, it was SS24’s Shaun Simpson who grabbed a huge holeshot ahead of Par Homes Husqvarna rider Josh Gilbert, followed by championship winner Kullas, and Apico Husqvarna Stuart Edmonds heading down the first corner.

It wasn’t long before Gilbert made a huge whip past Simpson, and the two continued to scrap for the remainder of the race, as Edmonds made a mistake dropping out of fourth. Phoenix tools Apico Kawasaki Jason Meara also had a great ride, finishing up in seventh position. With only ten points separating Gabriel KTM John Adamson and Phoenix tools Apico Kawasaki Carlton Husband for the MX2 class championship, they both struggled with starts and respectively finished with Carlton in third and John in fourth. Meanwhile Shaun Simpson shot past Gilbert and took the race one win at Cusses.

Heading into moto two the first lap was carnage, as Carlton Husband had a huge off over the table top and landed in the bushes, but somehow managed to remount and push his way back through the pack. Gilbert however had a storming holeshot and completely checked out for the second moto, looking super consistent and smooth despite the rough track.

Oakleaf Motorsports Elliott Banks Browne had another storming ride this weekend pushing hard on board his Honda, but unfortunately he slowed right down in the last moto due to a mechanical issue. Adamson however had his work cut out with a mixed bag start, with Carlton crashing out this completely worked in his favour, which then left the door wide open for him to claim the Michelin MX Nationals MX2 Championship.

Phoenix tools apico kawasaki Jason Meara had a great battle with Stuart Edmonds mid moto, with them both finishing in seventh and sixth positions. However it was Josh Gilbert who claimed the overall Fastest 40 win, followed by Shaun Simpson and Harri Kullas, and in the MX2 it was Florian Miot, Michael Ellis and John Adamson rounding up the top three.

You can view all of todays results on HERE.