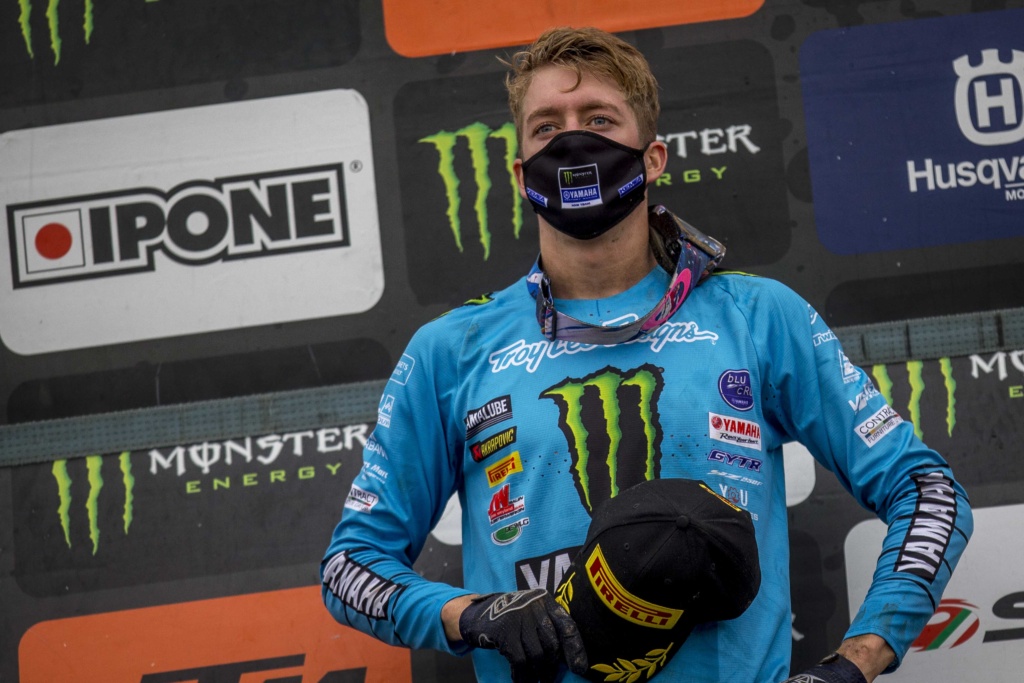 The British hero on moving up to a 450 – and taking out his brother...

Here’s a hypothetical question. It’s the final lap of a grand prix and you’re in second, chasing your brother into the last corner and he leaves the door open. Do you clean him out?

Ben Watson doesn’t even need to think before answering.

“Absolutely! I’ll make sure it’s nothing crazy but racing’s racing and there’s probably no-one who I want to beat more than my brother so if he leaves the door open for me of course I’m going to go through it!”

With Nathan Watson returning to the MXGP paddock next year and Ben moving up to the class, it’s an unlikely – but possible – scenario. I should also point out that Ben’s laughing as he answers and he’s quick to clarify how close the siblings are.

At the age of 23, Ben’s too old to race MX2 next season but after finishing fifth this year – in the process taking his first GP moto wins and not one but two GP overalls – he’s more than ready to make the move.

“It’s going to be a lot to get used to and a full new challenge for me but the few people who’ve seen me ride so far say that the 450 suits me but I think we’ll never really know until we’re seriously into testing and have got to the point where my speed should be built up.

“In the 250 class you have some guys who are a little bit crazy and not scared to take themselves out to make a pass. I think in MXGP you’ve got more experienced, smarter riders. The intensity will not necessarily be any less – on the first laps if you watch the MXGP class the speed is incredible and the top guys are on another level so you have to be on it from the gate drop.

For the full interview with Ben don’t miss the Winter issue of Dirt Bike Rider, on sale January 15.