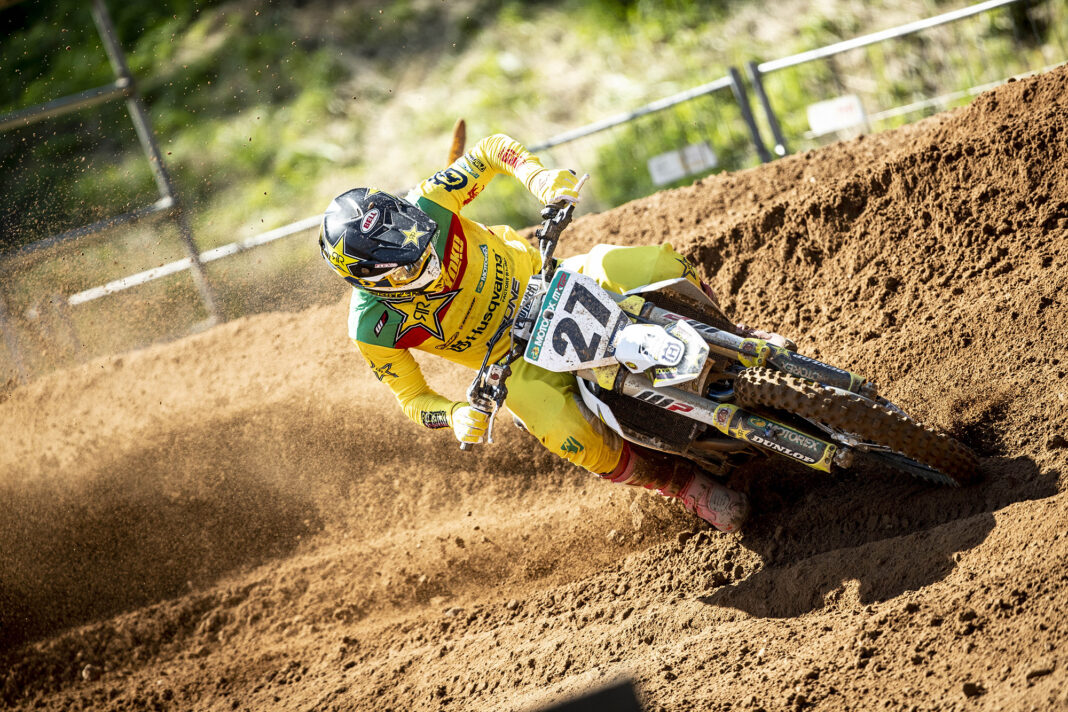 Lithuanian is aiming to return to racing in 2021

The good news filtering through from the Rockstar Energy Husqvarna camp is that Arminas Jasikonis’ recovery following his big crash at Mantova is continuing and he’s aiming to be back in the saddle next season.

The 23-year-old Lithuanian sustained a serious head injury in the crash and was placed in a medical coma for two-and-a-half days but the kind of fighting spirit needed to race motocross is serving him well and his Team Manager Antti Pyrhonen has described his recovery as “unbelievable”.

“AJ is basically recovering really well,” said Pyrhonen. “It was a very serious accident and he was in a severe condition. He had a heavy impact to the head [but] he could leave the hospital after a week and then he could travel back to Lithuania and he didn’t need to go back to hospital or any recovery centre.

“He moved back home and was living with his girlfriend and doing some physical training and he can now drive his car.”

Jasikonis is keen to get back on a bike but knows, for now at least, that he needs to be patient.

“There’s a lot of desire for me but I can’t do it all at once because I don’t know how the brain will accept it. I started running, the balance is good.

“In Finland, the medical profession will look at how far I have moved forward. The plan is to come back but I can’t promise it. I’d like to be back in half-a-year.”

Houston SX II: Lawrence lives up to the hype

Dylan Ferrandis is the third championship-calibre rookie in the past five years to have jumped into the Monster Energy Supercross 450 class...
Read more

Houston SX II: Lawrence lives up to the hype

Jett Lawrence delivered on the hype last night for round two of the 2021 Monster Energy AMA 250 Supercross season.
Read more