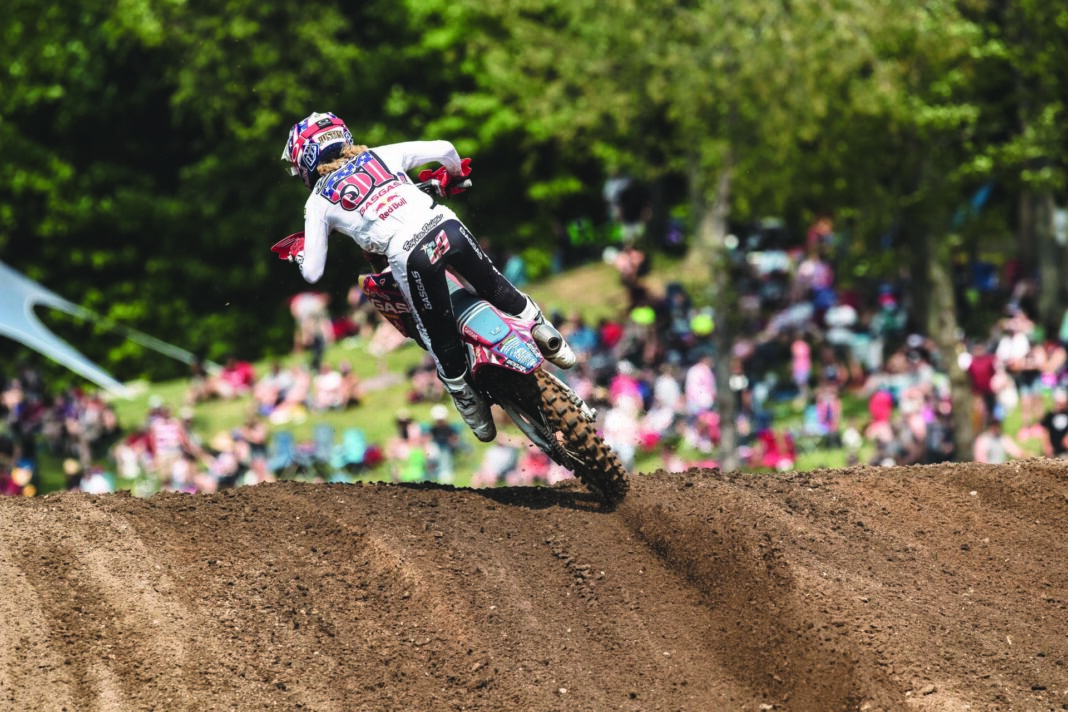 Claiming third overall with a pair of hard fought finishes with a two four scorecard in the brutal, sandy conditions, Barcia once again gave GASGAS Factory Racing another milestone to celebrate.

Barcia felt good heading into the northeastern round and his ambition showed right away in Moto 1 as he shot off the line to capture a third-place start aboard his MC 450F. He quickly moved into second on lap one and battled intently behind the leader early on.

Coming close in the first half of the race, Barcia eventually backed it down to claim a comfortable second in Moto one.  In Moto two, he got off to a slower start but he worked his way from ninth on the opening lap into a top-five battle midway through the race. He chipped away in the last ten minutes to break into fifth and then set himself up to make a sweeping pass for fourth with three laps remaining, ultimately securing fourth in the moto.

“The fans kept me on my toes today,’ said Barcia. “It made that charge through the pack feel way better in the second moto. We’ve been working extremely hard and things have been a little bit tough, but today feels amazing! I can’t thank the crew enough, they’ve been awesome and the setting we have here will work good in Millville, so let’s keep the ball rolling!”