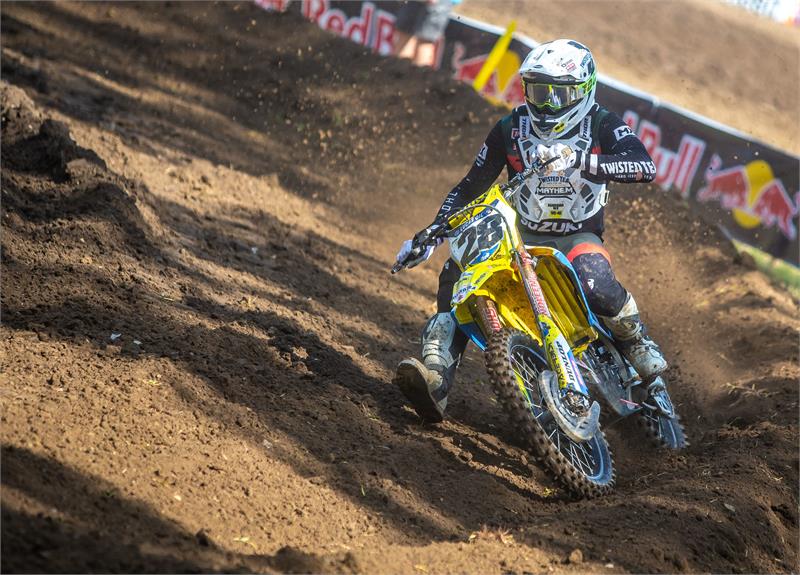 Twisted Tea HEP Motorsport Suzuki rider Brandon Hartranft grabbed his career-best finish in the 450 class at the Ironman AMA Pro Motocross Championship round at the weekend.

Brandon’s teammate Max Anstie was unable to race after testing positive for Covid-19. The Englishman was improving his speed and results as the season progressed and the fans and team hope Anstie recovers quickly and passes the protocols to return to racing before the season concludes.

After qualifying inside the top ten in both sessions out of 73 total entries, Hartranft started up front in the first moto and battled hard right up to the flag. His second moto start wasn’t as strong, but the 450 rookie quickly pushed his way forward and held the top group’s pace to earn him his first 450 class top ten overall finish.

“It was a good day,” said Hartranft. “I ended up P9 overall, so that was a solid finish. I was pretty much in ninth to tenth spot throughout qualifying and racing. I really like this track, so I was pretty stoked to come here.”

“I was in about sixth place at the start of the first moto, but then dropped back to ninth. In Moto one I didn’t really feel that well. I rode much better in Moto two. I fought hard for ninth and almost got to eighth on the last lap. I’ll take the positives from this weekend and with the team we’ll look forward to the last two rounds and hopefully we can be back in the top ten.”