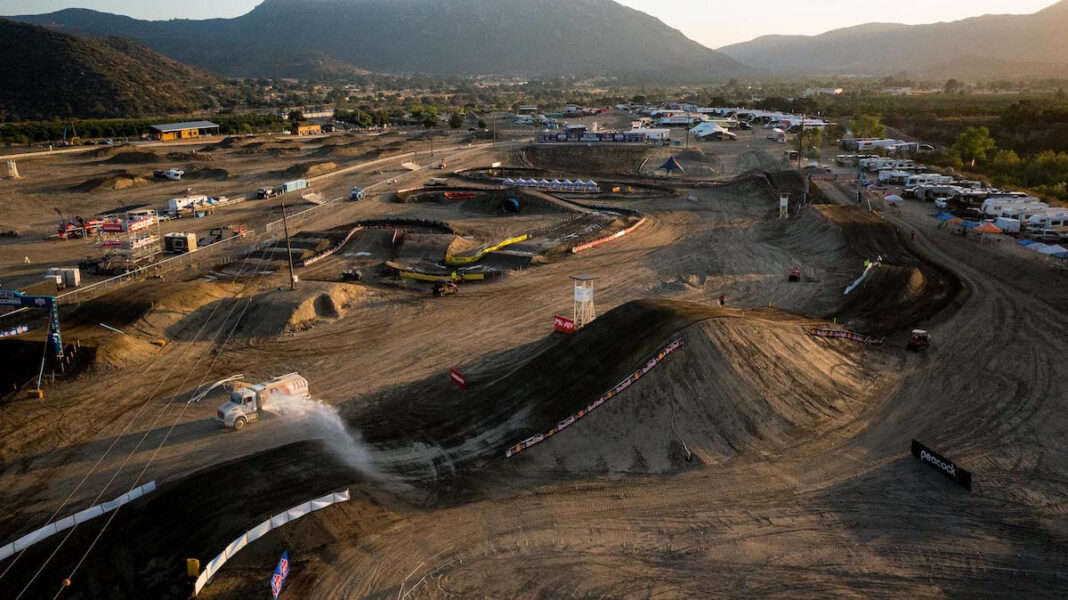 Round one of the AMA Pro Motocross series headlines the Honda Fox Raceway circuit this weekend, with a host of european and american riders lining up to tackle the californian pala circuit.

As Well as a host of riders Jason Weigandt, the voice of American motocross, will anchor the broadcast team as host and lead commentator. He’ll be joined in the television booth by a pair of Pro Motocross All-Stars, as Rick Johnson and Jeremy McGrath team up to fill the analyst role. A pair of Southern California natives, Johnson and McGrath are two of the sport’s most decorated and influential figures, with a combined six AMA National Motocross Championships and 50 wins between them. Johnson’s three 250cc titles and two 500cc titles made him one of the biggest stars of the 1980’s, while McGrath, the most prolific rider in AMA Supercross history, captured his lone motocross championship during the 1995 season.

Domestic coverage of the Honda Fox Raceway National in the United States will be showcased on MAVTV Motorsports Network, with exclusive live network coverage of both motos for the 250 Class and 450 Class beginning at 1 p.m. PT / 4 p.m. ET. Additionally, subscribers in both the U.S. and international countries all over the world will also receive live streaming coverage of all four motos on MAVTV Plus, through the convenience of their smart TV, streaming device, or mobile device. Extended streaming content on MAVTV Plus will also include exclusive coverage of qualifying, beginning at 10 a.m. PT / 1 p.m. ET, and the post-race press conference, beginning at 5:15pm PT / 8:15pm ET.

Domestic television coverage from Fox Raceway will feature live broadcasts of the pair of motos for both the 250 Class and 450 Class on MAVTV Motorsports Network.

In addition to network coverage, fans in the U.S. and in countries all over the world can stream all the action from Fox Raceway online through their smart TV, streaming device, or mobile device with MAVTV Plus. For either $6.99 a month for a monthly subscription or $99 for a yearly subscription, subscribers to MAVTV Plus will receive live coverage of all four motos in addition to exclusive coverage of the morning qualifying sessions and the post-race press conference. Subscribers also have on-demand access to watch every round of the 2022 season at their leisure.

New subscribers to MAVTV Plus have the choice of two plans for the most dynamic live and on-demand motorsports streaming service available – yearly ($99) or monthly ($6.99). For a limited time, Pro Motocross fans can take advantage of a $10 discount on a yearly subscription, using the code PROMX10, or receive 50% off the first month of a monthly subscription, using code PROMX50.