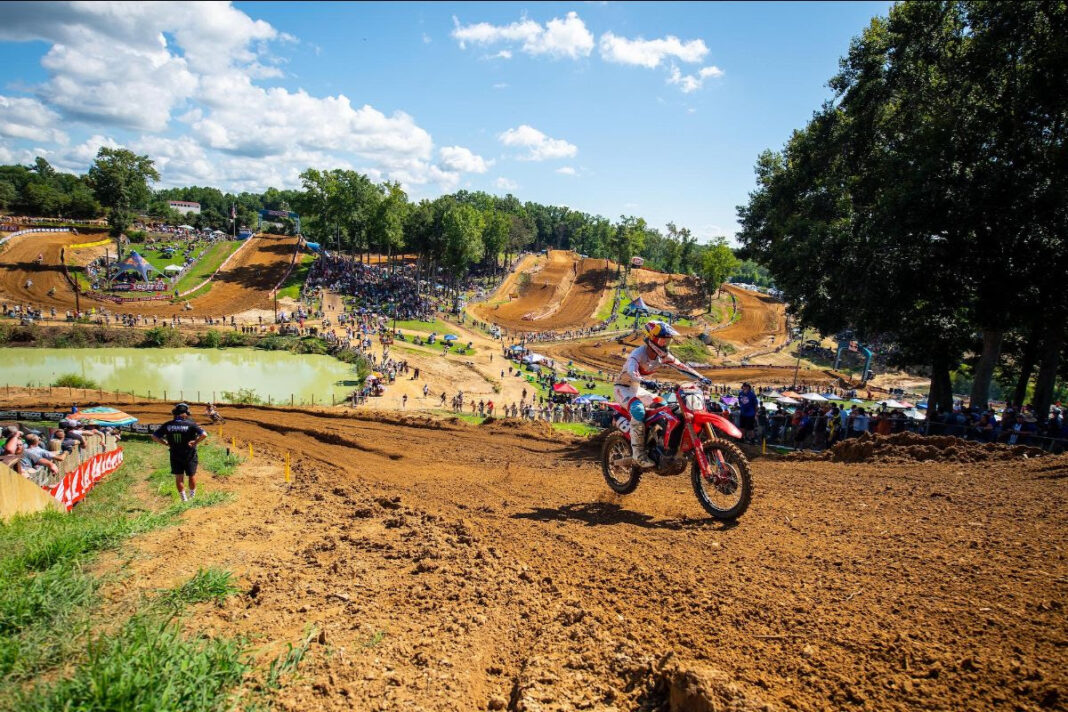 MX Sports Pro Racing has announced that longtime partner GEICO Motorcycle will continue its role as the “Official Insurance Provider” for the 50th Anniversary of the Lucas Oil Pro Motocross Championship, sanctioned by AMA Pro Racing.

The Maryland-based company has grown to become one of the country’s most recognizable brands and has built a strong presence within the greater powersports community through its various investments within the industry for more than a decade. GEICO Motorcycle’s initial partnership with the Lucas Oil Pro Motocross Championship dates back to 2014 and has now extended into a ninth season. Over that time, GEICO has amplified its initiatives within motorcycling and with the military through the world’s most prestigious off-road motorcycle racing series, which will continue during this landmark season with a celebration of those efforts at Budds Creek.

“Motorsports have always played a significant role in the ability to raise awareness for GEICO and expand our business. As one of racing’s most decorated properties, we continue our support of the Pro Motocross Championship, particularly as it embarks on its landmark 50th anniversary,” said Joe Pusateri, vice president of GEICO marketing. “With one of the most loyal and passionate fanbases in all of motorsports, it has been great to see the success of our engagement with the motocross audience. It has not only benefited the growth of GEICO Motorcycle, but perhaps more importantly it has served as a cornerstone in our ability to support our military veterans with the first-class treatment they deserve. We look forward to this milestone summer of Pro Motocross competition and pulling out all the stops for the GEICO Motorcycle Budds Creek National in August.”