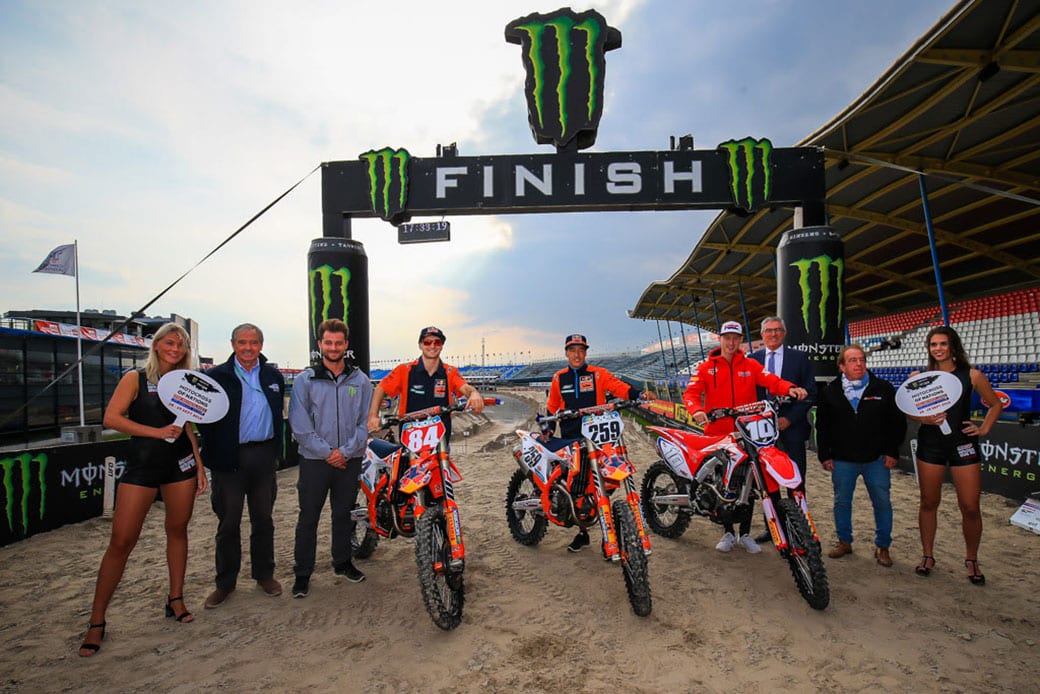 We are still a few weeks away from the 2018 Motocross of Nations at RedBud, USA but with the MXGP paddock in Assen this weekend for the MXGP of The Netherlands attention briefly turned to next year’s MXoN which will be hosted at the Assen circuit.

A presentation was given to both national and international media for the 2019 Monster Energy FIM Motocross of Nations, hosted by RTL TV presenter Allard Kalff.

Youthstream Vice President David Luongo along with FIM/CMS Director Tony Skillington, Vice Governor for the Region of Drenthe Henk Jumelet and MXGP of The Netherlands Organiser Lee van Dam talked about their excitement and gratitude to have the event in Assen next year. The three-man squad for Team Netherlands, plus manager Patrice Assendelft, joined the stage to talk about the event, which was last held in the Netherlands in 2004 at Lierop.

Jeffrey Herlings, Glenn Coldenhoff and Calvin Vlaanderen spoke about their hopes of winning the Chamberlain trophy at RedBud and then defending it on home soil in 2019.

14 years ago it was Team Belgium that than ran out winners in Holland, repeating what they had done 12 months earlier at their home event in Zolder.

The Netherlands are yet to win the Motocross of Nations, although they have come close on several occasions, including the last two years. Can they go one better at RedBud?