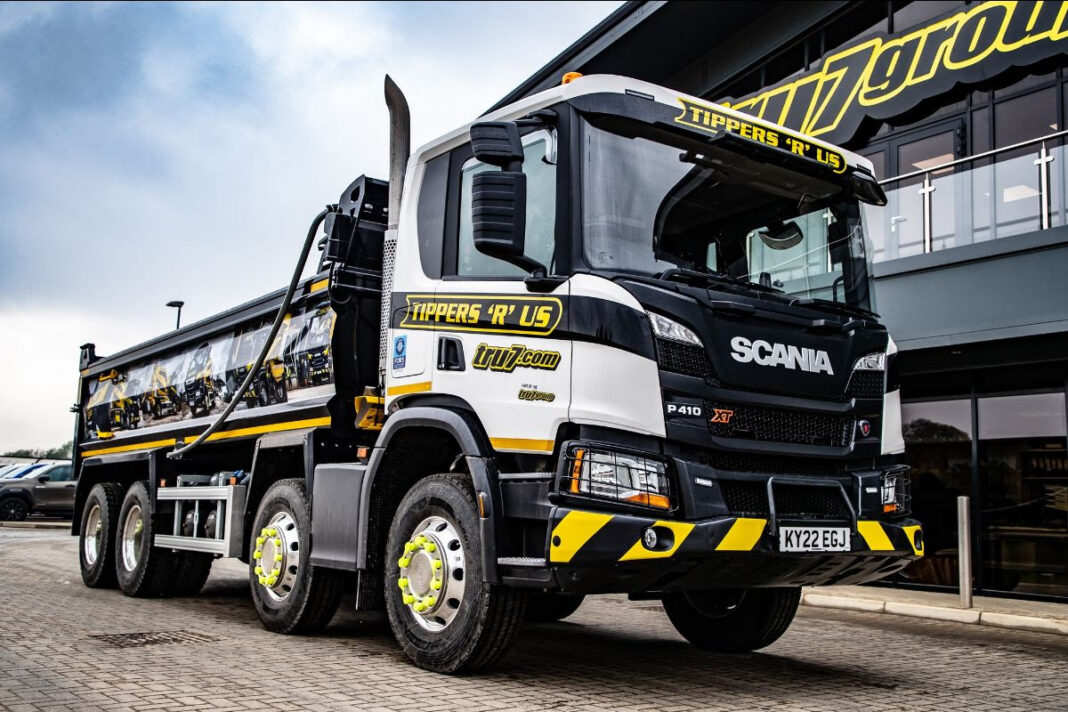 After getting behind the Steel Hawk Motorcycle Club in 2021, the Tru7 group will be continuing their support of the innovative two-wheeled off-road events company for 2022.

Last year the Tru7 group provided all the fencing and lighting towers for Steel Hawk MCC’s inaugural and successful ‘Airborne Gunner Summer Supercross’ and ‘Rock it til Sundown Summer MX Classic’ at Cusses Gorse MX and they’ll continue to do so for this year’s event as well as being an official partner at Steel Hawk MCC’s other events in 2022, the ‘Hammer & Tongs Team Trophy’, ‘4 Nations MX Shield’ and ‘Revvi Cup’ and other electric balance bike events.

The Tru7 group certainly know plenty about off-road motorcycling as owners and directors Jake and Guy Nicholls have been around motocross since Jake started racing in the 65 class as a schoolboy racer. Not only has Jake gone on to become a GP racer and MX Nationals champion he’s also built up a hugely successful business with his dad Guy and he’s more than happy to give back to the sport by supporting Steel Hawk MCC.

“We (Tru7) just really like what Steel Hawk Motorcycle Club are doing” says Jake. “They’re really trying to put the fun back into motocross, but are also coming up with fresh ideas like their hillclimb and MXON style team event for everyone. We all know there’s a lot of national championship racing and a load of club championships doing the same type of event so it’s refreshing to have the one-off events that Steel Hawk are doing to go and race with no pressure. Okay, Supercross isn’t new to the U.K but at least they’re getting out there and doing it for all grades of rider and making it accessible to everyone and that’s cool. Other countries have a Summer Supercross series, so why not the U.K? It will teach the youngsters that skill set too that you’re finding more and more of in motocross too. I never raced their Airborne Gunner Supercross last year but I’ll be doing it this year and I’m really looking forward to doing it and supporting it. Last year’s event looked really good for their first ever and I’ve heard a lot of people say how good it was so hopefully it will grow into a good scene that we can all get behind each summer.”

Steel Hawk MCC’s Jeff Perrett is not only happy that the Tru7 Group are supporting them for another year, but also that Jake is going to be racing the Supercross. “I’ve known Jake and Guy for a long time now and that’s what makes it so cool that they’re getting behind us, because they don’t have to promote an already massive national company. I know their support is coming from the heart and Julie, Paul and myself genuinely really appreciate that. If we’re going to put the fun back into the sport with our events and also build a genuine U.K Supercross scene we’re going to need people like Jake and Guy. They know the score and have done and seen a lot in the sport, so we really respect and appreciate their involvement and support. Hopefully we can build a long standing working relationship with them to develop ‘Airborne Gunner SX’ into a successful series for 2023 and beyond. We’re made up Jake is going to race the Supercross this year, he might take more convincing to do our ‘Helter Skelter Hillclimb’ though! Maybe if Tommy Searle and Biily Bolt do it he’ll bite on the carrot, but to be fair, the hillclimb isn’t about big name riders, it’s about everyone having fun with no pressure and that ‘On any Sunday’ vibe. I know Jake likes that, but he’s a busy man, so we’ll see. Either way, we’re very thankful of his and Guy’s commitment and support to what we’re trying to achieve.”

Steel Hawk Motorcycle Club’s  ‘Airborne Gunner’ U.K Summer Supercross is on Tuesday 9th August with their ‘Rock it til Sundown’ Summer Motocross Classic the following day, Wednesday 10th August. Both events are held at Cusses Gorse MX, near Salisbury. For more information on both, the Helter Skelter Hillclimb and other Steel Hawk MCC events go to www.steelhawkmc.cc or follow them on Facebook and Instagram.