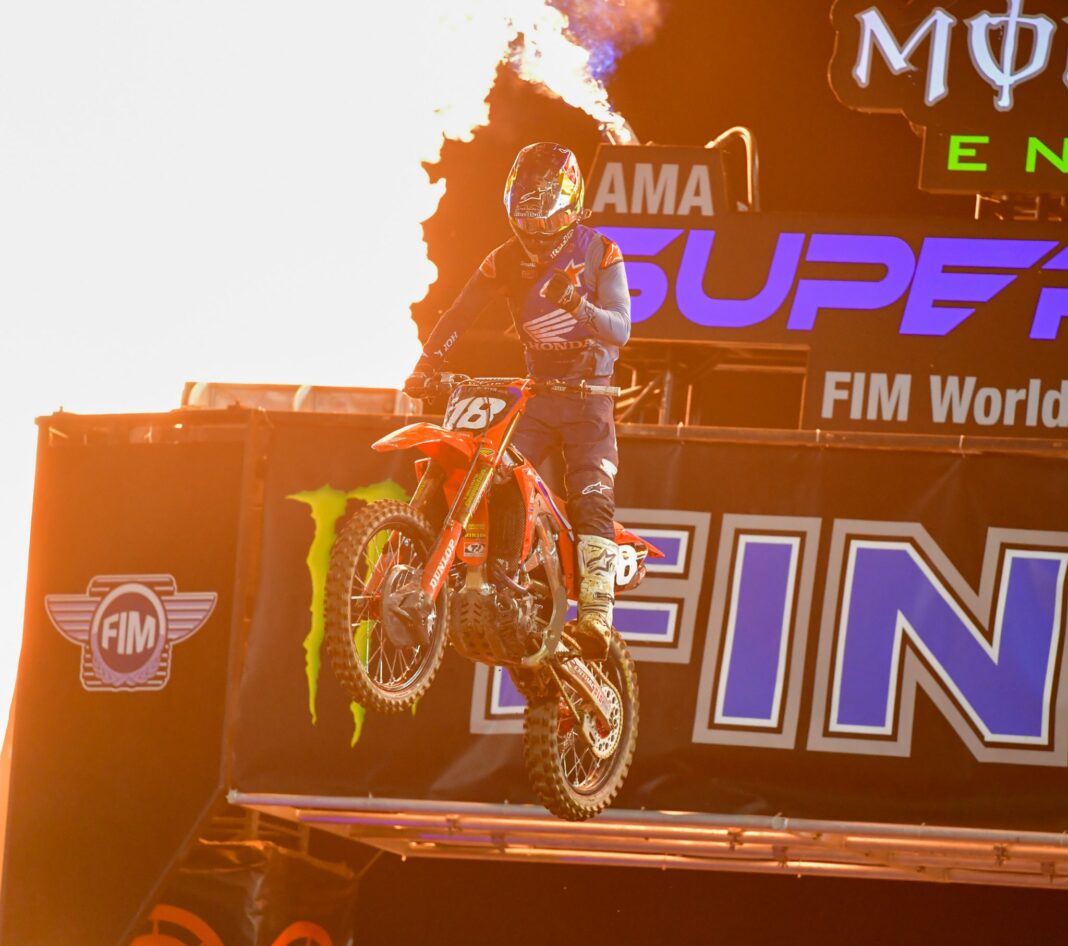 The 250SX Class never disappoints at the Monster Energy Supercross Championship, especially with the tricky track conditions that had developed through the night at the Camping World Stadium.

After the weather had started to dry out a little in Orlando after the heavy rain earlier on in the day, riders started to create some technical lines on the rougher parts of the track. After a confident holeshot by Lorenzo Camporese in 250SX heat one, the Monster Energy Yamaha rider Colt Nichols managed to pull through completely and check out to win, followed by Joe Shimoda and Grant Harlan.

As always, the heat races throw a spanner in the works for the front runners. A huge mistake by the Monster Star Yamaha’s Christian Craig in heat race two ends up in him getting ejected from his seat, immediately causing pain in his right wrist which causes Craig not to remount and end up in the LCQ. He then continued to win the LCQ, with his hand strapped up. In the meantime, Lawrence is cruising to take the win with Mitchell Oldenburg finishing second and Jeremy Hand third.

Check out Craig’s Incident in 250SX heat two below:

There is no stopping Lawrence as he gets the holeshot in the main event, with Nichols hot on his tail, and even though Craig is sporting a right hand injury, he puts in an impressive performance and finishes third. Lawrence starts to pull a decent gap on from Nichols, keeps that distance for the whole race, whie Craig closes the gap on his team mate.

Monster Kawasaki’s Joe Shimoda made his way up to fifth position and starts putting pressure on Kevin Moranz to claim a fourth place finish, just missing out on a podium. Nichols is trying to put the pressure on to pass Lawrence and nearly goes over the bars. Another fantastic race with completed for the HRC Honda rider Jett Lawrence, followed by Nichols, Craig and Shimoda.