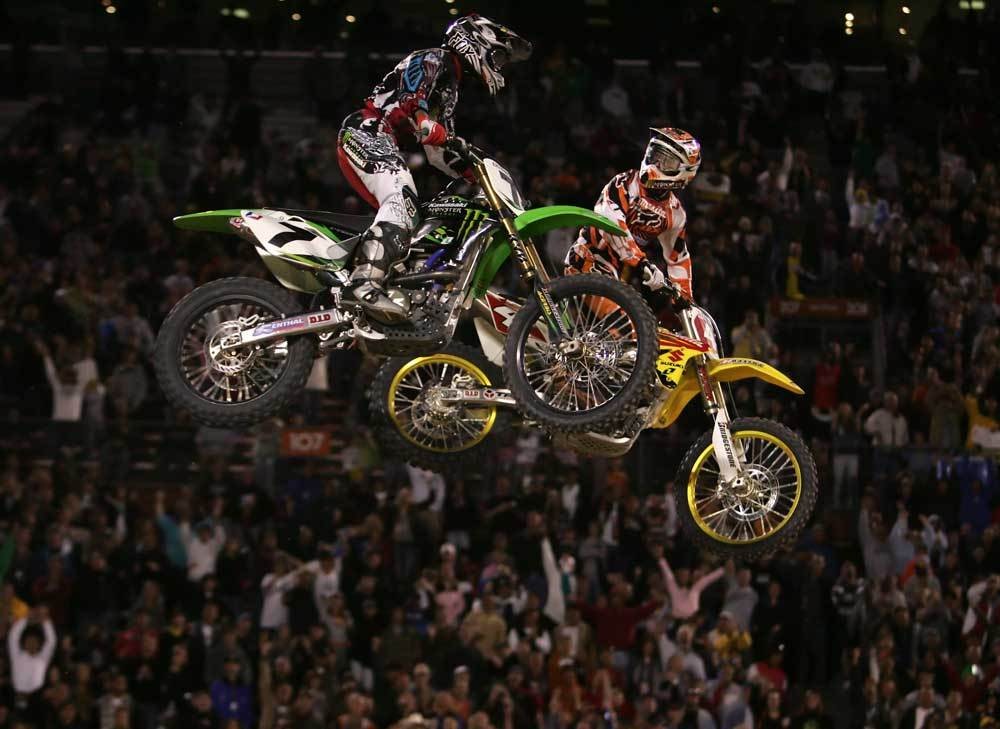 Heading into round seven of the Monster Energy Supercross in Orlando, it’s time to look back in the history books at what went down at the Citrus bowl in the glory days of supercross.

Ron Lechene took home his first 450SX race victory on his Yamaha on June 11th 1983, with Rick Johnson winning the following season and Lechien won two out of three in orlando by winning in 1985.

Supercross returned to the Citrus bowl from 2005 – 2007, right in the middle of (well in our opinion) one of the best years of supercross racing history featuring the battle between James Stewart, Chad Reed and Ricky Carmichael.

To commemorate Carmichael’s last professional race in his Supercross career in 2007 in Orlando, this weekend will feature a complete replica of the track that showcased the battle between Carmichael and Stewart.

Let’s take a look below at the previous winners at Orlando: