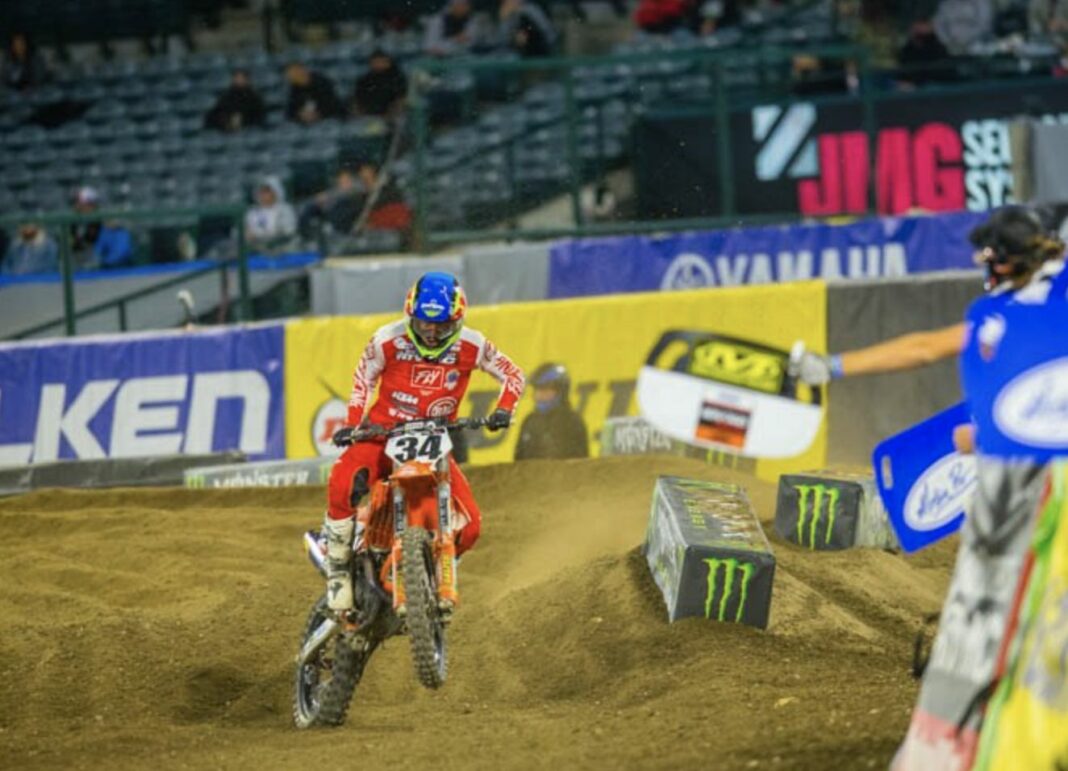 Rocky Mountain ATV’s Max Anstie has had a great start to the opening few rounds of the Monster Energy AMA Supercross season, with an eleventh place finish in the main event.

Speaking to DBR, Anstie explained how his season has been going so far.

“Each race I’m getting better and better, the last one I got an eleventh in the main event.’ said Max.

“So that was solid, I even crashed in the practice that the last one and banged my shoulder up a little bit so I wasn’t feeling 100%. But yeah, you know we managed to still get good results in the main each week I’ve been getting better each week I’ve been learning more with the bike.”

“I’m making progress, and it’s definitely, definitely not easy. You’ve got to respect the track and respect the whoops but no, solid work so far. I’m waiting you know, my original plan was use the first few as warm up races anyway and then you know, as the season gets going, get more and more into it.”

“But, you know, we’ve been travelling back and forth from from California on the west coast to back Florida, which has been great. But I’m kind of waiting and looking forward to the more East Coast rounds because it’s going to be a little less less travelling. So once we get through this weekend in Phoenix next weekend in Anaheim through then then the series moves more to the east coast.”

“So definitely looking forward to that. But now it’s gone well so far. So right where I am is right where I want to be, I think and we’ll keep progressing and keep plugging away. You know, I think it’s just important to be solid and you know, get my laps in and learn as much as I can with Supercross.”