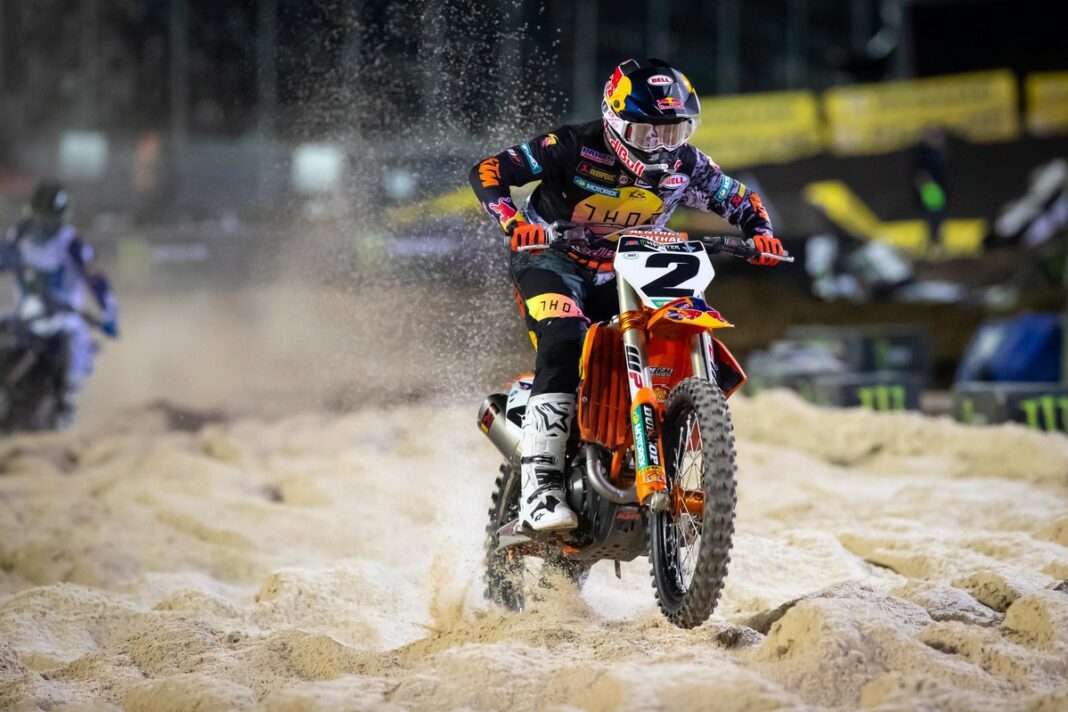 Roczen was angry as he believes Webb ran him into the tuffblocks deliberately but Webb said it was just a pass.

“I got a really good start and Webb just pushed me really wide into the tuffblocks which caused me to lose a bunch of spots,” said the Honda man, speaking at the track.

“I think he’s scared of me, that’s why he plays these kind of games but little does he know I like to play as well. From here on out I’m just going to put that little bit extra focus on a daily basis, even at home, to speed up and be that much better on the weekend. He’s fuelling the fire and I’m ready for it. I like to play so let’s go.”

Webb continued the handbags with: “It was second turn, I had a great start – me, Ken and Eli were all right there. Eli was on my inside and Kenny was on my outside. I kind of went through the middle there and wanted to make sure I could get ahead of Ken, just made the move right there in that second turn and then followed in behind Eli.

“When we got back he was running his mouth, but I didn’t really hear what he said from the podium or anything. He wasn’t too pumped, but I mean, I’m not too sure why – I saw an opening and went for it. You know, he’s really focusing on himself this year and, clearly, he showed how much he’s focusing on himself…”