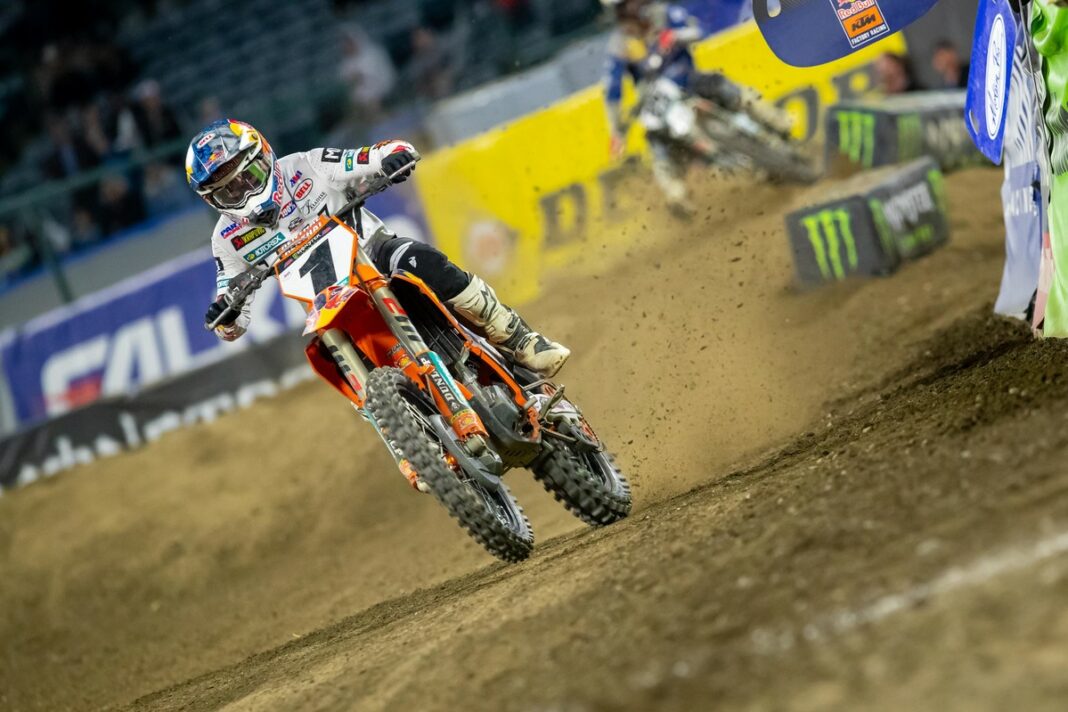 Monster Energy AMA Supercross champion Cooper Webb, making it the first time in the NMPA’s 57-year history that a Supercross story has won an award. The awards were held at the Hendrick Motorsports campus.

“We’re certainly honored that a story about Supercross and our champion Cooper Webb was recognized,” said Sean Brennen, Public Relations Manager for Supercross. “We are constantly working to attract new media to Supercross and have seen significant growth with motorsports journalists covering us more routinely the last couple of years. This story and award, is just a validation of what we have been doing to appeal to more writers from other disciplines.”

Supercross works with many outlets to bring the racing action to fans across the world. Over fifty media personnel attend each round of the 17-race schedule, covering various countries and languages.

“We have a very talented pool of writers, photographers, and videographers that make up our Supercross Press Corps and they travel to every round of the series,” Brennen continued. “There are several key races throughout the season where we see more writers from motorsports and other disciplines attend and report on Supercross. Sometimes our schedules don’t always align but pro media members from other motorsports are always welcome at Supercross.”

Schuoler’s story, which earned third place in the NMPA’s Spot News category, detailed Webb’s accomplishments in capturing his second Supercross championship in 2021 and his nomination for Best Male Action Sports Athlete in the 2021 ESPY Awards.

“This writer provides ample evidence that Webb was highly deserving of his recognition, and does it well,” one judge stated. “By bulletin his accolades, it allows the reader to see, and be impressed, by the list all at once without having to read wordy paragraphs detailing his feats.”

Another judge noted that Schuoler provided “great perspective on the ESPYs and the awards. (The article compares) other sports in context to go along with the lists,” the judge wrote.

Judges for the NMPA competition that covered 2020 and 2021 were faculty members of East Tennessee State University’s Media and Communication Department. Normally, the NMPA conducts its competition annually, but it had to combine the last two years due to the COVID pandemic forcing the cancellation of many events.

Before the hundreds of entries were submitted to the judges they were stripped of all identification pertaining to the writer and publication and assigned a numeric code. Using The Associated Press guidelines for news writing, the judges considered many factors, including originality and storytelling quality.