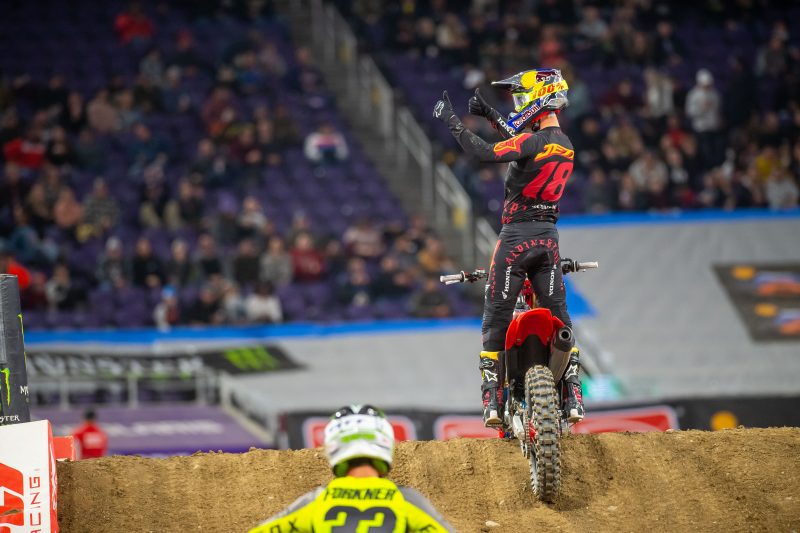 Minneapolis Supercross was a weekend of highs and lows for Team Honda HRC, with Jett Lawrence taking a convincing win in the first AMA Supercross 250SX East race of the 2022 season.

When the 250SX East Region class main event kicked off, Lawrence and Austin Forkner battled for the lead. With less than a minute off the clock, Lawrence made an aggressive lap-two pass aboard his CRF250R, and the 18-year-old Australian dominated from there, turning in a seemingly effortless performance to earn the fourth 250SX win of his young career.

“Today was a great day of racing.” said Jett. “I had so much fun being out here and riding; the bike was awesome, and the track was actually a lot of fun.”

“In practice, I just took my time and tried to not do anything crazy. I got a decent start in the heat race but got caught up a bit in the first turn, so I had to make some good passes to get second in that.”

“For the main event, I just put myself in a really good spot to get the win, and it all came together. Overall, it was a good day and I’m super pumped; hopefully we can do the same at the rest of the rounds.”