Home Supercross AMA Supercross Minneapolis SX: ‘It was not the result that we wanted’ – Tomac 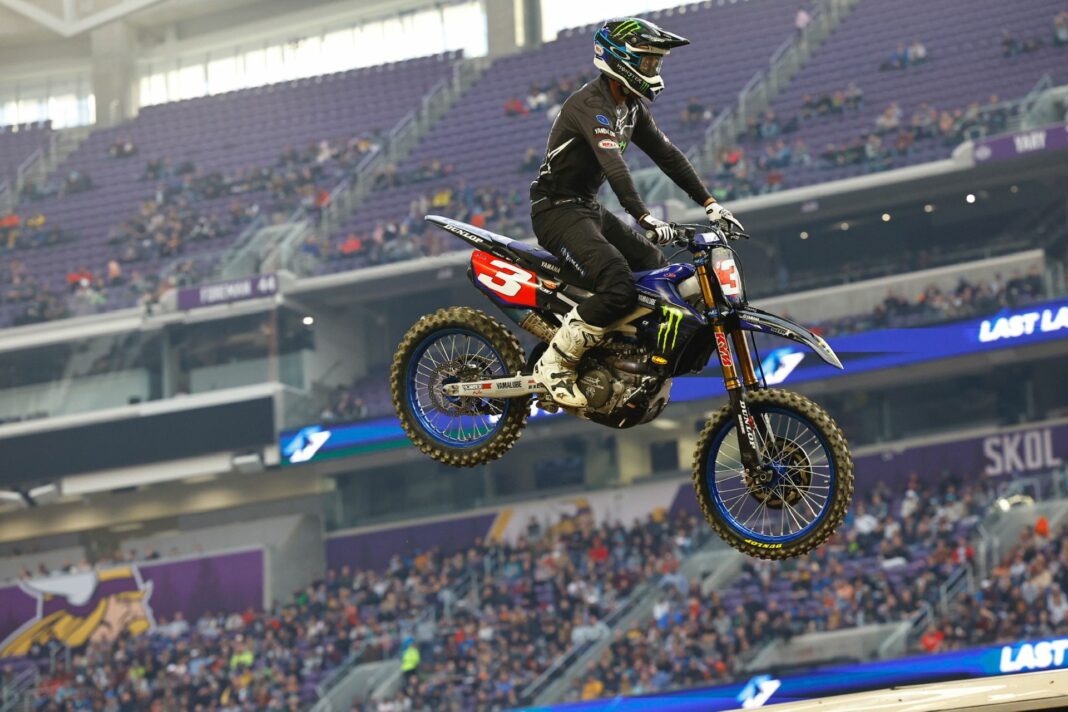 Monster Energy Yamaha Star Racing’s Eli Tomac made a heroic chargeback from last to sixth on saturdays at the U.S. Bank Stadium in Minneapolis, Minnesota.

Tomac got off to a good start with a runner-up finish in his heat race after qualifying sixth. He didn’t get the start he was hoping for in the main and was twelfth. He immediately went to work to make his way forward, but in the chaos of that first lap, the points leader was caught up in a racing incident with his teammate and unfortunately went down on the face of the triple jump.

He rejoined at the back of the field, put his head down, and fought his way back through the pack, advancing to sixth on the penultimate lap. His heroic effort gives him a three-point lead in the championship as the series nears the halfway mark.

“Well, it was not the result that we wanted, but it was a good recovery for what happened and the position I was in on the first lap.’ said Tomac. “So, after that, it was just fighting for a position and trying to move forward. It was a really tough track, as usual, but even more tough tonight because it was a mix of ruts and a little bit of a dry surface. That was it; It was unfortunate what happened, and I was just trying to do my best to come forward.”