Home Supercross AMA Supercross Minneapolis SX: ‘I made the most of it in the main’ –... 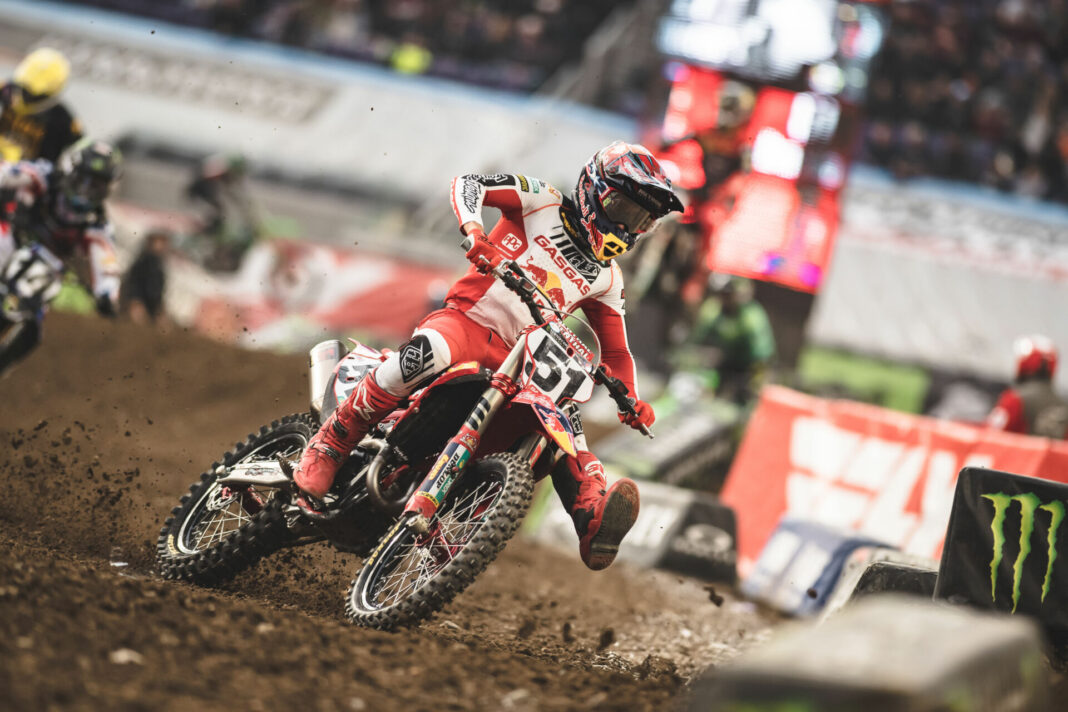 Troy Lee Designs GasGas’s Justin Barcia grabbed another top five finish at round seven of the AMA Supercross Series, at the east coast opener in Minneapolis.

With a fourth-place start in his heat, Barcia made his way into third halfway into the race and he set his sights on the battle ahead. Unfortunately, he pushed a little too hard and lost the front-end, dropping him back to eighth late in the race.

He put up a good fight to secure a seventh-place transfer into the main. With a bad gate pick for the Main Event, Barcia found himself back in ninth on the opening lap. He put his head down and got to work right away, making moves to put himself just outside the top-five battle heading into the final laps. With the misfortune of a couple riders up front, Barcia was able to execute late in the race to secure himself a top-five finish on the night.

“It’s cool to have the east coast guys back, I had a lot of fun with PB in the truck today! I was riding well in the heat, making a comeback and got a little whiskey throttle and ended up crashing, so that put me back pretty far.” said Barcia.

“I had a bad gate pick from the heat race but I made the most of it in the main and put in a fight, it was definitely difficult! I struggled a lot, it was one of the harder nights riding-wise but all-in-all I salvaged a fifth, which was crazy because the ride didn’t feel that well at all. I’ll take the fifth and move on from here and keep on grinding.”