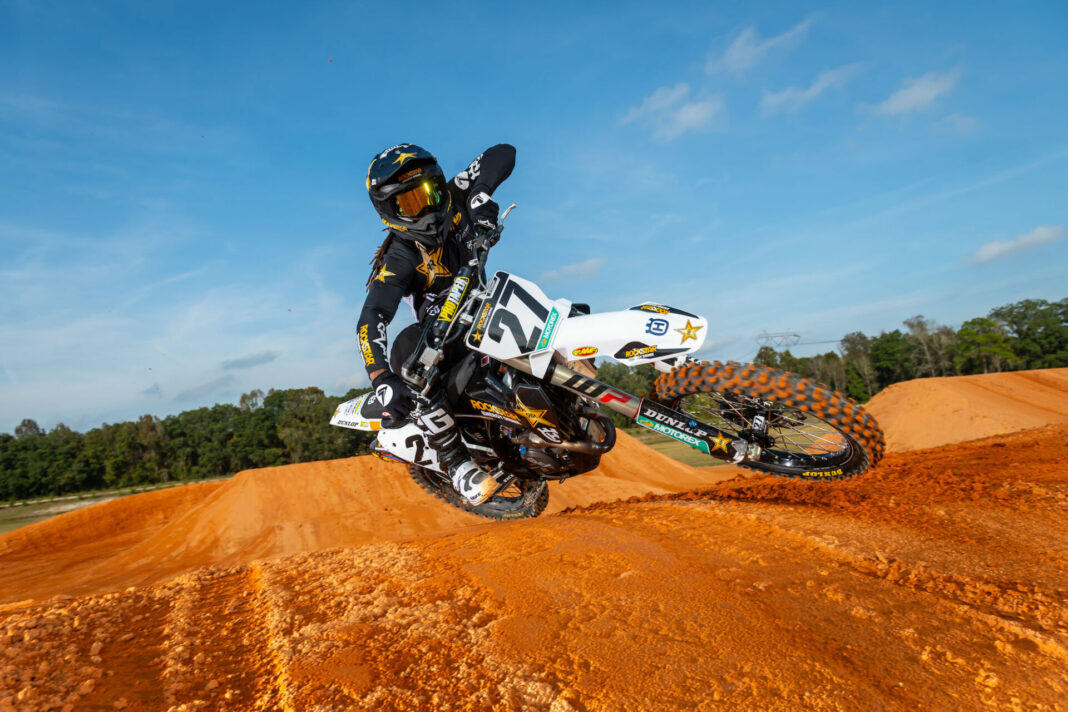 With the opening round of the AMA Supercross Championship just around the corner, the Rockstar Energy Husqvarna Factory Racing Team is excited to announce its rider lineup for the 2022 race season, which includes a seasoned roster in both classes.

Since the exciting announcement over the summer, fans across the globe have anticipated Malcolm Stewart’s debut aboard the FC 450 Rockstar Edition and the time is finally upon us. Coming off a successful supercross season in 2021, Stewart has proven himself as a contender in the premier 450 class with a podium finish and four top-five finishes last season. Now, with the Rockstar Energy Husqvarna Factory Racing team behind him, Stewart looks to keep the momentum rolling as he prepares to attack both Supercross and Motocross for the first time since 2014.

Malcolm Stewart: “I feel really good. We’ve been doing a lot of training and we’ve got the bike really dialed in, so we’re looking forward to going into A1 and the 2022 season. It’s going to be a good year for me. I know I ended really good last year for the last couple rounds but now obviously we’re on a new team and feeling better, I like the whole vibe here. All we can do is go out there, have fun and do what we can do!”

Wilson, who first came to Rockstar Energy Husqvarna Factory Racing in 2017, will enter his sixth season with the team in 2022. Battling through an ongoing illness in 2021, Wilson missed quite a few races but he still managed to stay consistent and finish just outside the top-10 in the AMA Supercross Championship and he looks to build upon that foundation as he heads into 2022 healthy and ready to go.

Dean Wilson: “I’m really excited for the new season. I have another great opportunity with the team and I’m feeling really good. I’m looking for some good finishes, everything is kind of falling into place so it should be good.”

The Rockstar Energy Husqvarna Factory Racing Team boasts an exciting lineup of seasoned 250 cc riders who are all set to contest the championship aboard the new generation FC 250 Rockstar Edition. At the helm for his third year with the team is multi-time race winner, RJ Hampshire. With an endless amount of speed and determination, Hampshire is a fierce competitor on the race track and he looks to refine his skills this season and finally land on top of the box with a number one plate.

RJ Hampshire: “I’m feeling good heading into the new season. We’ve had a good off-season so far and the bike is awesome, so we have a lot of things to look forward to. We’re starting fresh and just excited to be with the team for another year and build on what we’ve started the last couple years.”

Jalek Swoll, who began his professional supercross career with Rockstar Energy Husqvarna Factory Racing in 2020, now enters his third season in the class. The 21-year-old had a break-out season in 2021, claiming a strong second-place at Arlington SX before rounding out the series with a top-five overall in the championship standings. He also showed flashes of brilliance outdoors, securing his first-career overall win with 1-3 moto finishes at the High Point National. For 2022, Swoll will line up in the 250SX Western division where he looks forward to a new set of challenges on the west coast.

Jalek Swoll: “I’m excited to race, going to be on a different coast than usual so that will be a different and fun learning experience. I’m looking forward to that. I think we’re in for a pretty good year. I’m just going to do what I did last year and have fun all the way through and let the results come to me.”

With one full year of professional racing under his belt, Stilez Robertson will return for his sophomore season with the team. Despite an up-and-down rookie season due to injury and illness, the 19-year-old came away with a few highlights in 2021, including an impressive second-place finish at Daytona SX. He missed three of the last five rounds but still managed a respectable 13th overall in the standings. Hoping for a strong push outdoors, Robertson got off to a decent start but illness prevented him from finishing out the season. Fully recovered heading into 2022, Robertson is confident that he will stack up when the gate drops in January.

Stilez Robertson: “It was a tough off-season with the sickness but I got over it and I’m really looking forward to going racing. I’ve been putting in the work and now I’m ready to go and show everybody what we’ve been working for. I’m excited to have a good season, be up front and try to put together some good results in both supercross and outdoors.”

Stephen Westfall – Rockstar Energy Husqvarna Factory Racing Team Manager: “I feel really good heading into the 2022 season. The team is solid and we have an all-new bike for both the 450 and 250. We have a really solid base and I think we will continue to get better throughout the year. The team is working hard, we’ve got a good group down in Florida all training together and pushing each and every day. We’ll continue to improve and we’re looking forward to the results this year.”