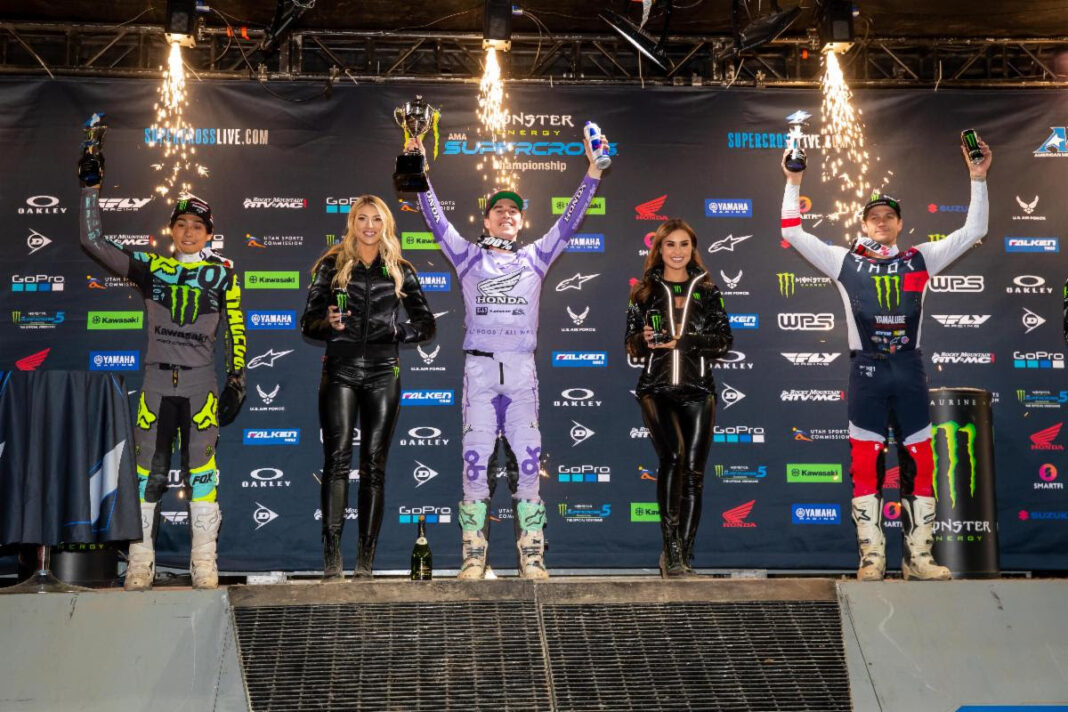 HRC Honda Hunter Lawrence claims top step victory in Glendale, Arizona for round five of the championship series at the State Palm stadium.

The Western Regional 250SX Class racing was equally intense. Hunter Lawrence grabbed his first win of the year after landing on the podium at each prior round. He earned the top spot in Glendale through similar consistency with 2-1-2 finishes in each of the ten minute plus one lap races.

Points leader Monster Energy Star Racing Yamaha’s Christian Craig won races one and three nearly unchallenged from start to finish, but his second race was a wild one. After Craig took over the lead on the opening lap, Smartop Bullfrog Spas MotoConcepts Honda’s Vince Friese collided with him in the sand section.

The impact sent Craig sailing off the track and into the stadium’s field barriers. Craig’s charge to fourth in that race, salvaging an overall podium finish. Monster Energy Pro Circuit Kawasaki’s Jo Shimoda rounded out the night’s top three with 5-3-3 finishes. It was Shimoda’s first podium finish of the year.  The series heads back into California for Round 6 and Anaheim 3, the last round of the initial West Coast swing. It will also mark the final Western Regional 250SX Class series event before that class takes a five week break for the Eastern Regional 250SX Class series to kick off.