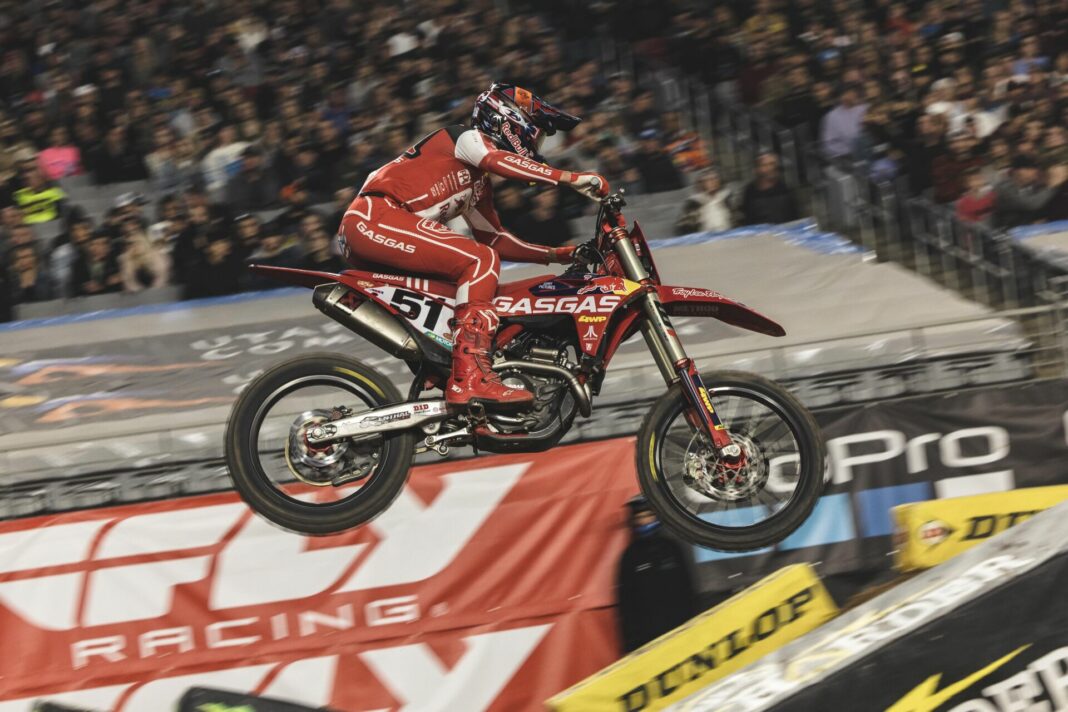 Troy Lee Designs GasGas Justin Barcia had a mixed bag of results at this weekends Monster Energy AMA Supercross, with three top ten results and a six place finish in the final main.

In the first Main Event of the night, Barcia started just inside the top ten and he steadily worked his way into sixth. With the top-five battle in sight, Barcia fought hard in the final laps of the race but ultimately came up short for sixth.

In the second race, it was another top ten start for Barcia and he got caught up battling through the pack early on. Inheriting seventh midway through the race, he maintained a good pace through the checkers to pick up a seventh-place finish in race-two.

He carried a little more momentum into the start of the last Main Event as he rounded the first lap in eighth. He climbed into sixth a few laps later and pressured the top-five battle all the way to the end, finishing sixth in the final race.

“It was a difficult day” said Justin. “My start’s were pretty frustrating and just not very good riding for me. We made some changes going into the last race and I feel like I had a better start.”

“Going into next weekend, I feel like we can be in a better position than where we started today, so that’s good news. All in all, I’m happy to be healthy and going into the race strong. My bike feels good and we’re ready to go out there and do work!”